Broncus Holding Company (“Broncus”), a global leader in diagnostic and therapeutic technology for lung diseases, today announced the closing of a Series C round of funding led by Lake Bleu Capital, and including Baidu Capital, the venture arm of one of the world’s largest Internet and data science companies, Ascendum Capital, CNCB Capital and DCP Capital, along with previous investor Qiming Venture Capital. 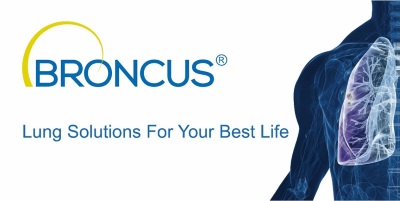 Zhan Guowei, CEO of Broncus, said, “In recent years, medical device leaders such as Medtronic and Johnson & Johnson have invested in the market development of technologies for lung disease, which validates our forward-looking vision to focus exclusively on the diagnosis and treatment of diseases in the lung. Securing investors such as Lake Bleu Capital, Baidu Capital and Intuitive Surgical further supports our strategy to ‘own’ the lung when it comes to diagnosis and treatment. Our breakthrough navigation technology is enabling us to accelerate the development and commercialization of precise interventional technologies for diagnosis and treatment in order to improve options for patients with lung diseases and the physicians that care for them.”

Dr. Li Bin, founder of Lake Bleu Capital, said: “Broncus is Lake Bleu’s major investment in the medical device sector this year because they are addressing a large and unmet need globally in the diagnosis and treatment of lung diseases. Their world-leading Archimedes lung navigation technology is supported with robust data and uniquely helps physicians accurately locate and reach targeted lesions, which will open the door to new and exciting interventional lung therapies. We believe that Broncus is well positioned to lead the world in providing less invasive methods to diagnose and treat lung disease broadly.”

Early investors in the company include Intuitive Surgical, an early pioneer and global technology leader in minimally invasive, robotic-assisted surgery.

About Broncus Holding Company
Broncus is dedicated to the development of diagnostic and therapeutic technology for lung disease. Founded in 2012, the company’s primary technology platforms focus on the diagnosis of lung cancer and the treatment of emphysema. Its lung cancer portfolio includes the Archimedes System, Archimedes Planner, LungPoint Virtual Bronchoscopic Navigation (VBN) System, LungPoint Planner and FleXNeedle.

The Archimedes System has been cleared by the FDA (U.S.), CE (Europe) and NMPA (China) and had broad patent protection globally. The InterVapor System has received the CE Mark.