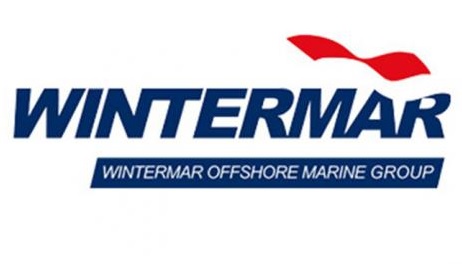 Wintermar Offshore Marine (WINS:JK) has announced results for 9M2020. Wintermar’s Owned Vessel revenue for 9M2020 was 17% lower YOY at US$24.6 million and there was a slight improvement on a quarterly basis in 3Q2020 compared to 2Q2020.

–Owned Vessel Division
For the 9M2020 period, Owned Vessel Division recorded a gross loss of US$2.8 million, largely due to cancellations and postponement of contracts caused by the pandemic. Cost efficiency measures and a streamlining of the fleet undertaken since last year led to a 14% YOY decline in Owned Vessel direct expenses, which helped mitigate some of the losses.

On a quarterly basis, revenue for 3Q2020 was slightly improved as compared to 2Q2020 while direct expenses fell.

Measures taken to improve cost efficiency resulted in a 14% reduction in direct expenses for Owned Vessels. Fuel costs dropped sharply by 71% YOY while depreciation fell by 14% YOY due to the sale of 4 vessels in the period 1 January 2020 until 30 September 2020. However, due to the cost of extra precautions taken to ensure the health and safety of crew and clients crewing costs were only 3% lower YOY for 9M2020.

–Indirect Expenses and Operating Loss
Overall, indirect expenses were 15% lower YOY, totaling US$4.5 million for 9M2020. The biggest contributor to these savings was a 15% YOY decline in staff salaries. This was due to lower headcount as well as a voluntary salary reduction supported by all levels of management and staff to mitigate the impact of the pandemic. Marketing and travelling expenses fell YOY by 74% and 43% respectively while lower depreciation also contributed to the cost reduction for 9M2020 compared to 9M2019.

–Other Income, Expenses and Net Attributable profit
Interest expenses fell by 27% YOY to US$2.5 million, largely due to lower debt as the Company paid off US$5.7 million of bank loans over the past 9 months. Vessel sale proceeds of US$4,9 million added US$1.2 million to other income, while share of associate companies’ losses widened to US$0.4 million from US$0.02 million.

For the nine months ending 30 September 2020, the net loss attributable to shareholders totalled US$7.4 million compared to US$5.7 million in 9M2019.

–Oil & Gas Industry
Activity was slow during 3Q2020, as the world continued to grapple with measures to control the COVID-19 pandemic. In South East Asia, charter rates have been stagnant and are unlikely to drop much further as they are barely covering cash costs. However, leading indicators for oil and gas are turning more positive.

In its October report, the International Energy Agency (IEA) projected that world demand for oil would return to 96.1 million bpd by Q42020 compared to an average of 100.1 million bpd for 2019. This represents a sharp recovery from 2Q2020 where global oil demand fell to the lowest point at 83 million bpd. On the supply side, oil and gas production has been hit hard as many Exploration and Production companies have cut back on investments due to financial pressures. OPEC+ has shown high compliance in maintaining lower production. If IEA projections are achieved, excess oil inventories may be drawn down by end of 2020, which is potentially good news for oil price stability and strength in 2021.

A recent study by Rystad Energy has concluded that deepwater drilling costs have fallen to US$50/barrel, lower than US shale production costs. Should oil prices recover, there are several potential offshore projects in SE Asia which could provide increased gas supply.

SKK MIGAS, Indonesia’s regulator for the upstream oil and gas sector, has just reiterated in October 2020 their plans to boost oil and gas production to achieve their target of 1 million bpd by 2030 from 746,000 bpd in 2020. Since Indonesia has several discovered but undeveloped fields, this would actually be an achievable goal if the government is able to deliver on their plans for enhanced oil recovery and exploration.

–Strategy and Outlook
As countries have started to ease their COVID-19 restrictions on travel and business activities, there has been a gradual but steady recovery in oil and gas demand. China, which was early to emerge from lockdown, has shown a sharp recovery in economic growth.

The economic slump and spike in unemployment worldwide is being addressed through stimulus packages proposed by governments around the world. The threat of a resurgence of the virus seems to be handled with more localized lockdown measures to limit the harsh economic effects of COVID-19 “lockdown” restrictions. All this points to a gradual recovery of demand for oil in the coming year.

Although 2020 results will continue to be plagued by the pandemic’s effect on reducing oil demand, there has started to be more tendering activity in 4Q2020 which is indicative of better times in 2021.

Rystad Energy research is projecting growth in South East Asian gas production. Wintermar has been building up a presence in Malaysia, Brunei and Myanmar for the past few years, as we position the Company to be a major player in Asia.

Contracts on hand as at end September 2020 amount to US$70 million.

About Wintermar Offshore Marine Group
Wintermar Offshore Marine Group (WINS.JK), developed over nearly 50 years with a track record of quality that is both a source of pride and responsibility that we are dedicated to upholding, and sails a fleet of more than 48 Offshore Support Vessels ready for long term as well as spot charters. All vessels are operated by experienced Indonesian crew, tracked by satellite systems and monitored in real time by shore-based Vessel Teams.

Wintermar is the first shipping company in Indonesia to be certified with an Integrated Management System by Lloyd’s Register Quality Assurance, and is currently certified with ISO 9001:2015 (Quality), ISO14001:2015 (Environment) and OHSAS 18001:2007 (Occupational Health and Safety). For more information, please visit www.wintermar.com.

Asia Video Summit Wraps Up a Week of Events Highlighting the...

Diversifi in Partnership with Cloverly Launched Green Crypto for Institutions

Satellite Remains an Essential Element of Video Distribution Alongside the Growth...