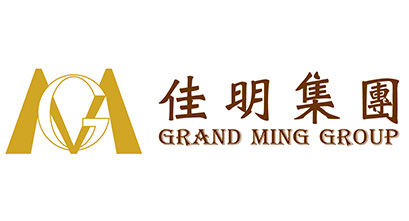 Grand Ming Group Holdings Limited (the “Company” and together with its subsidiaries, the “Group”, stock code: 1271.HK) today announces its interim results for the six months ended 30 September 2020 (“FH 2020/21”).

Highlights
– Revenue amounted to approximately HK$786.1 million, up by 114% from the last corresponding period.
– Net profit reached approximately $70.2 million, representing an increase of 60%.
– Underlying profit increased by 223% to approximately HK$83.4 million, excluding the change in fair value of investment properties.
– Declared payment of an interim dividend of 4.0 HK cents per share.
– Stays positive towards the booming business of data centre leasing, aiming at developing into two new high-tier data centres in near future.
– Seizes opportunities to increase land reserve for property development in Hong Kong and cautiously eyes on the Mainland China market.

The Group’s consolidated revenue increased 114% from HK$367.5 million for the six months ended 30 September 2019 (“FH 2019/20”) to HK$786.1 million for FH 2020/21. The increase was primarily due to a rise in revenue recognition from the construction segment, in which the construction project in Kai Tak, Kowloon was progressing in full swing and recorded a substantial work in progress during the FH 2020/21.

It is the Company’s policy to reward its shareholders by sharing part of its profits while ensuring that sufficient working capital are reserved for future development. The Board now declares to pay an interim dividend of 4.0 HK cents (2019: 4.0 HK cents) per share, payable on 16 December 2020 to shareholders whose names appear on the Company’s register of members on 4 December 2020.

The Group’s data centre leasing business remained buoyant during the time of the COVID-19 pandemic. Revenue derived from this segment increased approximately 8.6% or HK$6.2 million, from approximately HK$71.9 million for FH 2019/20 to approximately HK$78.1 million for FH 2020/21, primarily driven by the higher utilisation rate of iTech Tower 2 from newly committed customers. In September 2020, the Group completed the acquisition of two parcels of land in Fanling, New Territories for the purpose of developing into two new high-tier data centres.

The Grand Marine, the Group’s first residential property development project located at Tsing Yi, New Territories, provides a saleable area of approximately 345,000 square feet for 776 residential units comprising one-bedroom to four-bedroom and special units. Superstructure works have commenced and are going on in good progress. The whole project is expected to be completed by late 2021. The project has received tremendous responses from the market since its pre-sale in November 2019. Approximately 86% of the residential units had been sold, with cumulative presale proceeds of approximately HK$4.23 billion being recorded.

The Group’s luxury residential project, CRISTALLO, at No. 279 Prince Edward Road West, Kowloon was also well-received by the market. During FH 2020/21, sales and delivery of two apartments had been completed, and revenue of approximately HK$170 million was recognized accordingly. Furthermore, the Group entered into six provisional sales and purchase agreements for six apartments with an aggregate contract sum of HK$235.7 million. Completion of these 6 apartments are scheduled to take place between December 2020 and October 2021.

In order to increase its land bank, the Group also entered into a provisional sale and purchase agreement in early November 2020, in respect of the acquisition of a piece of land at No.1 Luen Fat Street, Fanling, New Territories, with a site area of approximately 6,800 square feet. The acquisition is scheduled to be completed in January 2021 and its consideration will be settled by the Group’s internal resources and/or bank borrowings.

Mr. Chan Hung Ming, Chairman and Executive Director of Grand Ming Group Holdings concluded, “Year 2020 is a COVID-19 pandemic year that poses huge challenges to different businesses. It also brought much of global economic activity to a halt during the first half of the year and the path to full recovery remains long and uncertain. While cautiously exploring for suitable property development projects in Mainland China, the Group will also utilize its existing resources to increase our land reserve in Hong Kong. In the meantime, we strive to promote the sales of the remaining units in the Grand Marine and Cristallo. On the other hand, we envision that the surging growth in the use of digital technology as a result of the pandemic will lead to high demands for new high-tier data centres. We acquired two parcels of greenfield land for the proposed high-tier data centre development in a move to expand our data centre capacities and seize the upcoming rising demand opportunities. For the construction segment, we currently maintain our focus in completing the projects in hand and adopt a ‘wait and see’ attitude in tendering new construction projects in face of the fierce market competition.”

About Grand Ming Group Holdings Limited (Stock code: 1271.HK)
The Group is principally engaged in the business of building construction, property leasing and property development. As a local wholesale co-location provider of high-tier data centres, the Group is one of the dedicated service providers in Hong Kong which owns and uses the entire building for leasing to customers for data centre use. Its clientele includes multinational data centre operator, telecommunications company and financial institutions. The Group currently owns two high-tier data centre buildings, namely iTech Tower 1 and iTech Tower 2. It also acquired two parcels of land in Fanling, New Territories for developing into two new high-tier data centres. With more than 20 years of experience in the construction industry, the Group also provides building construction services as a main contractor, and is involved in residential property development projects with prominent local developers, as well as offering alteration, renovation and fitting-out services for existing buildings in Hong Kong. Furthermore, the Group is developing a residential development project namely “The Grand Marine” at Sai Shan Road, Tsing Yi, as well as selling a luxury residential project, Cristallo, at Prince Edward Road West, Kowloon.

The 30th Edition of World AI Show Highlighted the Importance of...