SinoMab BioScience Limited (“SinoMab” or the “Company”, stock code: 3681.HK), a Hong Kong-based biopharmaceutical company dedicated to the research, development, manufacturing and commercialization of therapeutics for the treatment of immunological diseases, is pleased to announce that SinoLink Pharma (Suzhou) Limited (“SinoLink Pharma”), a wholly-owned subsidiary of the Company, held a commencement ceremony of its new campus on 20 November in Suzhou Industrial Park, marking the official commencement of construction of SinoMab’s China headquarters. 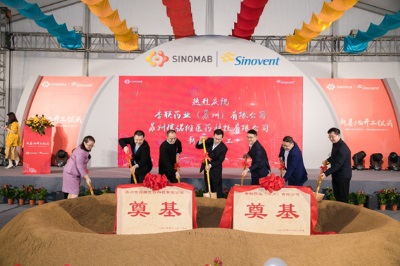 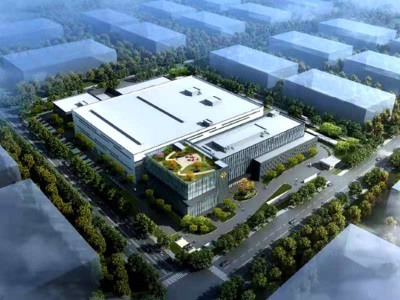 SinoMab plans to invest 1 billion on the construction of the new campus of SinoLink Pharma in the next 2 years, which will become the Company’s China headquarters. The total floor area amounted to 70,000 sq.m., including manufacturing shop, pilot plant, R&D center, quality inspection center, clinical study center, administration building, and biological reaction workshop with a capacity of 38,000 litres. The civil construction is expected to be completed by the end of 2022. Upon the completion of construction, the new campus will be able to produce 2.5 to 3.0 million bottles of mAb injection per year, representing a relatively high level in the industry.

SinoMab possesses an extensive drug candidate pipeline based on mAb, targeting on the treatments of various immunological diseases. The Company’s flagship product, SM03, a potential global first-in-target anti-CD22 mAb for the treatment of Rheumatoid arthritis (RA), is currently in phase III clinical trials in China and expected to be commercialized by the end of 2021. One of the Company’s key product, SN1011, has received the Investigational New Drug (IND) approval from the National Medical Products Administration of China. The IND approval would enable the Company to conduct comprehensive clinical development programs for the treatment of systemic lupus erythematosus (SLE) in China. And the Company plans to initiate the phase I clinical study in China in the near future.

Dr. Shui On Leung, the Executive Director, Chairman and Chief Executive Officer of SinoMab, said on the commencement ceremony: “SinoLink Pharma is SinoMab’s headquarters of R&D, manufacturing, marketing and operation and the industrialization base in mainland China. The commencement of construction of the new campus marks the new start and journey of the Company’s next ‘Five Years’ Plan’. As the smooth progress of the clinical trials of SM03, our flagship product, and SN1011 entering clinical stage, the Suzhou new campus will provide a platform and guarantee for our drug candidates’ R&D progress and commercialization in the Chinese market acting as our headquarters in mainland China, R&D center and the most important manufacturing base. Looking forward, we will insist in independent innovation, accelerating R&D and commercialization and strengthening global cooperation and technical innovation based on our existed drug candidates and R&D capability, to become an important force in the global healthcare industry.”

About SinoMab BioScience Limited
SinoMab BioScience Limited (“SinoMab” or the “Company”, stock code: 3681.HK) is dedicated to the research, development, manufacturing and commercialization of therapeutics for the treatment of immunological diseases. The Company’s flagship product SM03 is a potential global first-in-target mAb against CD22 for the treatment of rheumatoid arthritis and is currently in Phase III clinical trial for rheumatoid arthritis in China, which has been recognized as one of the significant special projects of Significant New Drugs Development of the Twelfth Five-Year Plan Period and the Thirteenth Five-Year Plan Period. In addition, the Company possesses other potential first-in-target and first-in-class drug candidates, some of which are already in clinical stage, with their indications covering rheumatoid arthritis, systemic lupus erythematosus, non-Hodgkin’s lymphoma, asthma, and other diseases with major unmet clinical needs.