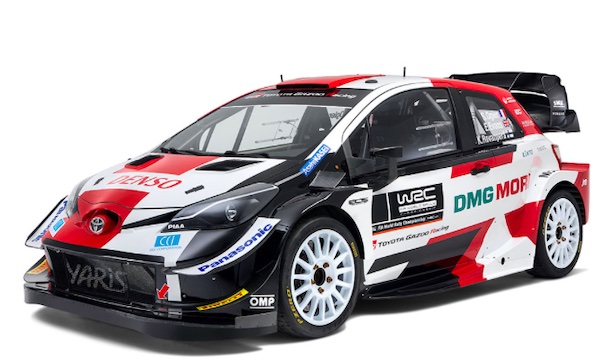 TOKYO, Feb 19, 2021 – (JCN Newswire) – After making a near-perfect start to the 2021 season on Rallye Monte-Carlo last month, the TOYOTA GAZOO Racing World Rally Team will target another strong result on Arctic Rally Finland on 26-28 February. Making its debut in the FIA World Rally Championship, the event takes the place of the cancelled Rally Sweden as the season’s only pure winter round. The team will travel north from its base in central Finland aiming to continue the strong record of the Toyota Yaris WRC on snow and ice, having claimed three victories in Sweden in the past four seasons.

Following his record eighth Monte-Carlo victory, Sebastien Ogier leads the championship just ahead of team-mate Elfyn Evans (who won for the team in Sweden in 2020) while Kalle Rovanpera is fourth – and looking forward to a bonus event in his home country alongside the championship’s traditional summer visit to Finland.

Born out of the Arctic Lapland Rally held in the area every January, the event will be based in Rovaniemi – capital of Finland’s northernmost region – with some stages taking place inside the Arctic Circle. The location promises great winter rallying conditions, with frozen roads and high snow banks at the sides of the road, which drivers lean on to carry more speed through corners. Special studded tyres will bite into the icy surface to provide grip and some of the highest speeds of the entire season.

The rally will run to a condensed format with 10 stages providing a total of 251.08 competitive kilometres. Following shakedown on Friday morning, the rally features a demanding start with two runs over the longest test of the rally, the 31.05-kilometre Sarriojarvi stage, with the second pass to take place in darkness. Saturday is the longest day of the rally, with a loop of three stages to be repeated either side of mid-day service with another late finish. The final day on Sunday consists of two passes over the Aittajarvi test, the latter as the Power Stage.