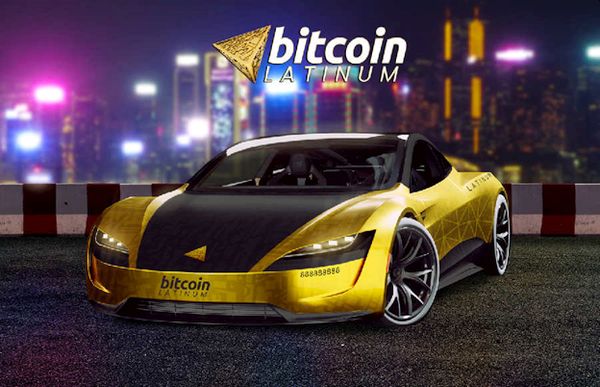 Bitcoin Latinum is an enhanced Bitcoin fork. The Bitcoin Latinum algorithm and infrastructure break barriers and speed limits that have prevented some virtual currencies from achieving practical, real-time use. The Bitcoin Latinum tokens are a part of a blockchain ecosystem being adopted by companies in media, gaming, storage, cloud, and telecommunications. Bitcoin Latinum sold out its initial public presale in November 2020.

Elon Musk, founder of Tesla Motors described Bitcoin in a podcast interview with ARK Invest: “It [cryptocurrency] bypasses currency controls. Paper money is going away. And crypto is a far better way to transfer values than a piece of paper, that’s for sure.”

Slated to become the world’s largest insured digital asset, Bitcoin Latinum has appointed Marsh & McLennan, one of the world’s leading specialty insurance brokers and risk advisers, to arrange a comprehensive insurance program for the new cryptocurrency through their Asia division, Marsh Asia. The contemplated insurance coverage will protect Bitcoin Latinum holders in case of external theft and internal collusion, potentially up to the full value of their holdings.

Adopting Bitcoin Latinum is Academy Award-winning studio Cross Creek Media. Cross Creek has grossed over $1.7 billion at the worldwide box office, as co-financier/producer of such films as Oscar-winner “Black Swan” and “The Trial of the Chicago 7”, nominated for five Golden Globe awards including Best Picture of 2020. Timmy Thompson, CEO of Cross Creek Media stated, “We are very excited about Bitcoin Latinum and its capabilities as an insured token, as we continue developing award-winning properties. Cross Creek’s portfolio of new media technology investments perfectly position us to take advantage of the digital asset sector in Media and Gaming.”

The giveaway entry deadline is set for April 30, 2021 at 11:59 PM PST. No purchase necessary to enter. The drawing will be held later this year after the Bitcoin Latinum hard fork.

FOR EDUCATIONAL AND INFORMATION PURPOSES ONLY; NOT INVESTMENT ADVICE. Any Bitcoin Latinum offered is for educational and informational purposes only and should NOT be construed as a securities-related offer or solicitation or be relied upon as personalized investment advice. Bitcoin Latinum strongly recommends you consult a licensed or registered professional before making any investment decision. Only individuals in countries that permit such giveaways are eligible to participate.