Seascape Network, the popular game platform designed around the DeFi & NFT economy, announced its launch on the Binance Smart Chain. The expansion improves Seascape’s scalability, while also allowing it to remain connected to the value and liquidity of Ethereum. 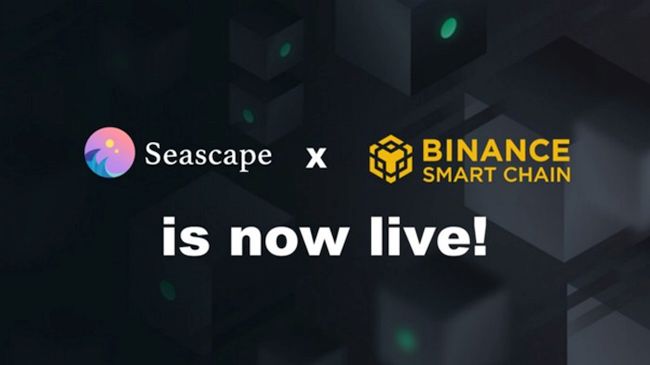 With its launch on the Binance Smart Chain (BSC), Seascape will provide unmatched scalability in its games, while also allowing it to remain connected to the value and liquidity of Ethereum, enabling its users to decide where and how they want to trade their gamified DeFi assets. The BSC makes use of dual-chain architecture technology and is praised for its ability to grant users access to hyper-fast trading while offering flexibility to powerful dApps. The universal token of the Seascape Network, Crowns, which was released on Ethereum Mainnet, can now easily be bridged from Ethereum Mainnet to BSC using the Poly Network Bridge.

“The Seascape BSC integration opens doors to countless new gamers as we now can provide DeFi games with much lower fees for their transactions. Our partnership with Binance is stronger than ever and we cannot wait to continue our efforts to bridge the gaps between Ethereum, Binance Smart Chain, and Polkadot through the innovation that is DeFi gaming,” said David Johansson, CEO of Seascape Network.

Seascape will also develop a software development kit that will standardize all the moving parts involved with releasing a game on the Seascape platform, with clear documentation and rules to make onboarding for users and devs as smooth as possible. Furthermore, Seascape will offer developers an easy way to publish their games without the enormous fees associated with traditional gaming platforms.

Going forward, Seascape will build games on BSC, expanding its ecosystem to include the highly lucrative world of traditional gaming. The team also announced the BSC launch will accompany exciting partnerships, along with rewards for early adopters.

About Seascape
Seascape Network is a game platform designed around the Defi and NFT economies! By allowing users to collateralize and earn from in-game assets, The Seascape Network is creating an ecosystem where the user can profit just as much as the developer. The goal is to turn theory into practice, unleashing the true power of DeFi!