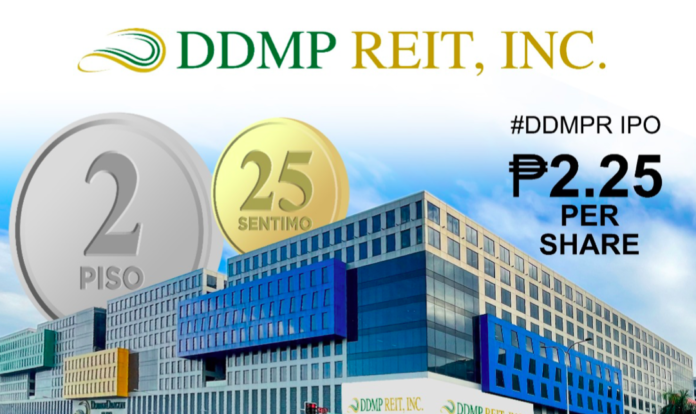 DoubleDragon Properties Corp. subsidiary, DDMP REIT INC, sets the final offer price for its REIT IPO at ₱2.25 per share. The price is set at the top end of the range due to strong demand during the bookbuild process.

The DDMP basket is seen to be a compelling REIT offering since it will include the land, a premier corner lot located along the main thoroughfares of Macapagal Avenue, EDSA Extension and Roxas Boulevard, where the first 6 completed buildings sit on, according to DoubleDragon chairman Edgar Sia II.

This feature is expected to be a game changer since the value of the prime double corner 4.75 hectare block of land with titled land ownership to be held in perpetuity should keep on appreciating decade after decade, a very important inclusion for both domestic and foreign investors.

“When there is underlying titled land ownership included in the REIT shares, even a hundred years from now it should keep its hard value intact. We see DDMP shares as a ‘Pamana Stock’ that even our future grandchildren will be happy to inherit,” as previously added by Sia.

DoubleDragon’s REIT listing is one of the anticipated IPOs in the Philippines today. The listing and six other expected IPOs are forecast to make the country the top market for this year, after years of being tagged as the region’s weakest.

The seven listings this year, which include four REITs, are forecast to raise more than $3 billion, the biggest in a year in the history of the Philippine market.

Last week, food maker Monde Nissin Corp lodged its application with the local SEC to raise up to P63 billion ($1.3 billion) in an IPO that could become the country’s largest-ever listing. The listing will be bigger than total of about $809 million raised in the Philippines in 2020. – BusinessNewsAsia.com