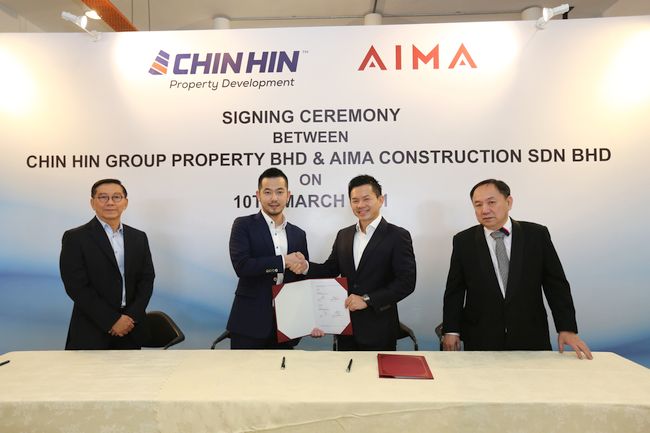 Aima has an established track record spanning over three decades mainly doing construction work for mid-rise and landed properties, completing approximately RM1.7 billion worth of projects since its inception. It is also a Grade 7 contractor registered with Construction Industry Development Board and is principally engaged in the business of construction, contractors, subcontractors. Its total order book value currently stands at RM320 million.

According to a filing with Bursa Malaysia, CHGP entered into a conditional share sale agreement with Uniplaza Sdn Bhd for the proposed acquisition of ordinary shares in Aima representing an equity interest of 45% for a consideration of RM31.5 million which will be fully satisfied via allotment and issuance of up to 35,795,400 new ordinary shares in CHGP at an issue price of RM0.88 per Consideration Share.

Barring any unforeseen circumstances, the Proposed Acquisition is expected to be completed by the third quarter of year 2021.

CHGP Executive Director Mr Chiau Haw Choon said: “Following the Proposed Acquisition, Aima will become an associate company of CHGP, and this will allow us to have an indirect access to the on-going and future projects of Aima. In addition, it will accelerate CHGP’s expansion plan without an initial cash outlay as the Purchase Consideration will be fully satisfied via allotment and issuance of Consideration Shares. Ultimately, our goal is to transform CHGP into a major property and construction player – therefore this corporate exercise fits into our strategy perfectly.”

He added that Aima will also be able to tap into CHGP’s vast network in the property and construction industry to boost its construction orderbook.

Meanwhile, Aima Managing Director Mr Khor Ken Yeon stated: “This is a historic day for Aima, as we formally announce our desire to join forces with CHGP and take our business to new heights. Synergistic benefits are expected to arise from the Proposed Acquisition as both CHGP and Aima are operating in and servicing the same industry, ie the property development industry and construction industry. Especially in regard to CHGP’s plans to launch RM3.73 billion worth of projects in the coming years, we can expect to see significant participation from our end as construction work for properties has been our forte for several decades.”

To recap, CHGP announced on 8 February 2021 its plans to spend RM268 million to acquire 81.9 acres of land in the Klang Valley to develop five different property projects. It aims to generate RM3.73 billion in gross development value (GDV) from on-going and future developments in the next two years.