Solargiga Energy Holdings Limited (HKG:757), China’s leading vertically integrated enterprise engaged in the manufacture of monocrystalline photovoltaic products for generating solar energy, announced its annual results for the year ended 31 December 2020. Reaping the benefits of the results from strengthening customer relationships over the years, the Group’s high-end photovoltaic products continued to be welcomed by domestic state-owned enterprises and multinational corporations. Total shipment volume increased notably by 64.8% to 6,811MW in 2020, boosting the Group’s revenue up by 36.8% to approximately RMB6,050 million. 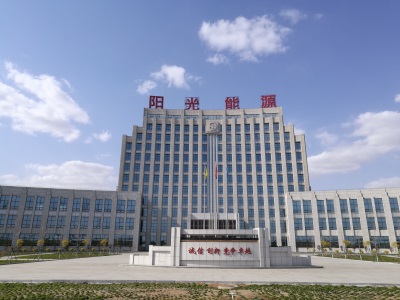 Following the launch of its highly efficient new production capacity and completion of the renovation of its existing production facilities, the Group’s gross profit surged by 71.6% to approximately RMB586 million, and gross profit margin improved to 9.7% (2019: approximately RMB340 million and 7.7% respectively). Earnings before interest, taxes, depreciation, and amortization (EBITDA) reached approximately RMB276 million (2019: RMB49.1 million), representing a notable increase of 461.8%. Loss attributable to equity shareholders shrank by nearly 40% to approximately RMB220 million (2019: loss of RMB360 million), which was mainly due to the disruption of upstream material supply and the surge in shipping costs due to the pandemic, which increased the procurement costs of auxiliary materials and selling expenses substantially. Moreover, the Group recorded a one-off asset impairment loss of RMB68.6 million from the elimination of outdated solar cell production lines.

The Group’s newly invested low-cost high-efficiency monocrystalline silicon ingot and wafer project in Qujing, Yunnan commenced mass production in 2020. With this investment, the Group has been able to benefit from various preferential investment policies launched by the local government and also enjoyed low electricity costs, which is the major manufacturing cost of ingot-pulling. Electricity costs in Qujing, Yunnan, are about 50% lower than that of the existing production base in Jinzhou, Liaoning, helping the Group improve its gross profit margin. Thus, the Group is also actively planning further capacity expansion of monocrystalline silicon ingots and wafers in Qujing, Yunnan, in order to capitalize on the local production environment and maximize the Group’s existing technological advantages in production.

In addition to highly effective production capacity, the Group yielded results in R&D and overcame the bottlenecks in production, and applied the latest production technologies in mass production during the year. The Group adopted fast closing technology in its monocrystalline silicon ingot production system, which has shortened the closing time by 70%. Also, due to the transformation and upgrade of the water cooling device, the growth rate of monocrystalline silicon ingots could increase from 1.25mm/min to 2.0mm/min. As for quartz crucible, the major auxiliary material for producing monocrystalline silicon ingots, the Group has cooperated with specific suppliers to jointly develop a 500-hour long-life quartz crucible. Such a crucible boasts an RCZ production process that continuously draws nine ingots in one pot, hence, can significantly reduce production costs, which, in turn, raise the gross profit margin.

Excellent product quality and price competitiveness, combined with the completion of mass production of new high-efficiency equipment and the comprehensive technological upgrade of existing equipment, led to continued rapid growth in external shipment volume and total sales of modules. The Group recorded a 2,865MW external shipment volume of modules in 2020, up 54.4% year-on-year. Sales also increased by 33.8%, from RMB3,200 million in 2019 to RMB4,270 million in 2020. Since 1 April 2020, recognized data of the plant in Yancheng, Jiangsu, has been integrated into the Group’s consolidated financial statements, hence the Group’s effective module production capacity has increased to 3.70GW, generating economies of scale in module product manufacturing and providing a more stable export channel for the Group’s 3.45GW production capacity of upstream monocrystalline silicon ingots.

The Group also enjoys a leading edge in module technologies. Its module production lines can produce multi-busbar half-cell double-sided double glass 182mm and 210mm large-size modules, and related conversion can reach more than 600 watts. The Group’s automation and intelligence levels and packaging technologies of related equipment are also industry-leading. According to the analysis of recent bidding data in China’s photovoltaic market, under the product specifications of the biddings, more than two-thirds required 182mm and above photovoltaic modules. Since the Group’s monocrystalline silicon ingot and wafer and photovoltaic module production lines are all capable of producing large-size products such as 182mm and 210mm products, and these large-size silicon wafers and module products are scarce in the market, the Group is able to further increase selling prices and also create opportunities for substantially raising its gross profit margin.

Although demand has been temporarily affected by the pandemic in 2020, overall newly installed capacity has demonstrated rapid growth and it is expected that the mid-to-long-term demand growth in China and the world will continue to be strong. To address the rapidly increasing demand across the world, the Group will actively plan for the capacity expansion of monocrystalline silicon ingots and wafers and modules, with expected capacity growth as follows:

Mr. Tan Wenhua, Chairman of Solargiga, said: “Photovoltaic industry is not only supported by national policy but also highly regarded by the world. The era of grid parity has arrived and the market will continue to experience explosive growth. By focusing our resources on the development of upstream monocrystalline silicon ingots and wafers and downstream photovoltaic modules, making them two of our key products, together with our capability in producing large-size wafers as a fruitful result of our continuous technological R&D, complemented by a strengthened and more cost-effective production capacity layout, we are well prepared to embrace the robust growth in the photovoltaic industry after realizing grid parity.”

Solargiga Energy Holdings Limited is one of the leading manufacturers of solar energy monocrystalline photovoltaic products in the PRC. Through advantages in vertical integration, the Group focuses on manufacturing monocrystalline silicon wafers and photovoltaic modules and designing and installing photovoltaic systems. The majority of the Group’s products are currently sold to domestic state-owned enterprises and large multinational corporations with stringent quality requirements.