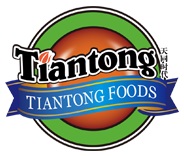 Allotment and Issuance of Consideration Shares Has Been Completed

Tianyun International Holdings Limited (Tianyun International, together with its subsidiaries, the Group) (Stock Code: 6836.HK), a leading manufacturer and seller of processed fruit products in China is pleased to announce that Strong Won Investment Limited, a wholly-owned subsidiary of the Group which was acquired on 31 January 2018 and its wholly-owned subsidiary Tiantong Food (Yichang) Ltd. (Yichang Tiantong) have achieved the majority of its targeted production volume and revenue within three years.

Mr. Yang Ziyan, Chairman and CEO of the Group, said, “The completion of allotment and issuance of Consideration Shares highlights the effectiveness of the performance-based incentive mechanism added to the acquisition agreement by the Group. The completion of the acquisition of Yichang Tiantong has strengthened the future development of the Group. The production facilities at Hubei production base not only effectively increase the production capacity of the Group’s beverage products and existing processed fruit products, but also facilitate the Group in developing new types of processed fruit products sourced from the subtropical climate region in the central part of the PRC, strengthening the Group’s arrangements with warehousing and transportation of its own brand products. These demonstrate strategic significance for the Group to explore the market in the central part of the PRC with its own brand.”

Yichang City, Hubei Province is the main place of production of mandarin orange. According to the latest data released by the Huajing Industry Research Institute, China is the world’s largest exporter of canned mandarin oranges, accounting for over 80% of international trade in the world. To meet the strong market demand, Yichang Tiantong has increased production efficiency by adding new production lines, renovating its facilities and enhancing its capacities, also releasing new capacities and driving production efficiency, thereby reaping record performance, ensuring fruitful output in this year and fueling the Group’s development. In addition, the Group’s project in Yuan’an County, Yichang City, will form a synergistic effect with Yichang Tiantong and effectively increase the production capacity of beverages and other products.

Mr. Yang added, “The Group has always adhered to the development of its own brand that is highly recognised by the market. The Group made the Most Valuable Chinese Brands for the fourth consecutive year and was awarded “2020 Most Popular canned Product”, reflecting the steady growth of market share and consumer recognition for the Group’s own brand products. These positive impacts are believed to be attributable to the synergies with the Target Group in the past few years. Looking ahead, the Group will continue to further expand its production capacity of various products, dynamically coordinate the development needs of its own brand business and OEM business, and strive to further expand the Group’s market share in the PRC and even the world, achieving a sustainable development of the Group.”

About Tianyun International Holding Limited (Stock Code: 6836.HK)
Tianyun International Holdings Limited (the “Company”) and its subsidiaries (collectively referred to as the “Group”) are principally engaged in (i) the research and development, production and sales of processed fruit packaged in metal containers, plastic cups, glass containers and aluminium foil bags and beverages ii) trading of fresh fruit. Processed fruit products are sold both under its own brands “Bingo Times”, “fruit zz” and “Tiantong Times” and on an OEM basis. The beverages are sold under its own brand Shiok Party “Shiok Party”.

The Group has been consistently committed to providing its customers with healthy and safe products. As a food enterprise with one of the most complete quality certifications, we rigorously adhere to stringent international production standards and are accredited with BRC (A), IFS Food (High), FDA(FSMA), HALAL, SC, KOSHER, BSCI and ISO22000, etc. in respect of our production facilities, quality control and management. The Group has also passed the internal food-production standards reviews and audits from several UK and US supermarket chains. At the same time, as a Chinese “Equal production line; Equal standard; Equal quality” food production and export enterprise, the Group has been supplying products of equivalent quality to domestic and international markets. Since 2016, the Group’s own-brand processed fruit products have continued to achieve high market recognition, and the Group became China’s first fruit-processing company to place a “Zero Added Preservatives” label on its products.

The Group was awarded respectively the China’s Most Promising Listed Companies by the internationally renowned financial magazine Forbes, and the “2017 Linyi Mayor Quality Award” by the PRC government in 2017. The Group’s newly and proprietary researched, developed and produced pure fruit snack food received a national “Certificate of Invention Patent” in 2018. The Group was awarded the national Hi-tech Enterprise Certificate in 2019. In 2020, the Group was recognised as one of the Most Valuable Chinese Brands for the fourth consecutive year.