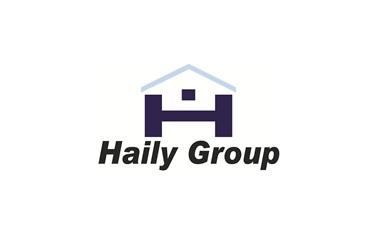 Haily Group Berhad (Haily or the Group) has debuted on the ACE Market of Bursa Malaysia Securities today with a sterling performance. At 9.00a.m., the Group’s shares opened at 79 sen, which was an 11 sen premium or 16.18% higher than its initial public offering (IPO) price of 68 sen per share, with the first traded volume recorded at 7,191,600 shares.

Haily is principally the main contractor involved in building construction of residential and non-residential buildings in the Southern Region of Peninsular Malaysia, particularly Johor, and is also involved in the provision of rental of construction machinery.

In addition, there was an offer for sale by its promoters that involved 18.00 million existing ordinary shares in Haily by way of a private placement to selected investors. Its promoters are Haily Holdings Sdn Bhd, See Tin Hai and Kik Siew Lee.

The offering of 8.92 million shares to the Malaysian public was oversubscribed by 38.81 times. TA Securities Holdings Berhad is the Principal Adviser, Sponsor, Underwriter and Placement Agent in relation to the IPO.

Commenting on the listing ceremony, Haily Independent Non-Executive Chairman Tuan Haji Mohd Jaffar Bin Awang (Ismail) said: “The listing marks an important milestone for Haily as it successfully brings the Group to greater heights, and everything began from the humble beginnings of our founders Mr. See Tin Hai and Madam Kik Siew Lee back in 2007. I believe that the listing exercise will help to unlock the potential of the Group by enhancing our reputation as we market our construction services and expand our customer base in Malaysia.”

At the virtual listing ceremony, he said that the Group plans to continue focusing on its core competency in building construction in Johor while leveraging on its experience to extend its reach to the other districts. “Our Group will be able to leverage on our capabilities as a Grade G7 contractor which allows us to bid and carry out any size of building construction projects irrespective of the contract value.”

He explained that Haily had completed a total of 65 building construction projects with a total contract value of RM1.29 billion since 2008.

Tuan Haji Mohd Jaffar Bin Awang (Ismail) said that the Group also plans to expand into industrial building construction to address opportunities provided by economic developments in Johor, adding that the Group had completed 6 industrial building construction projects with a total of 68 units of factories located in the districts of Johor Bahru and Kulai.

“We will also use part of the proceeds raised from our IPO exercise to purchase additional construction machinery and equipment mainly to facilitate better scheduling of our construction work when the projects require concurrent usage and in anticipation of future growth,” he said, adding that improving the overall operational capabilities is also a priority of the Group besides expanding its foothold in other districts in Johor.

On its dividend policy, the Group has an intention to distribute dividends of at least 30% of its annual profits attributable to its shareholders upon completion of the listing. However, it is not a legally binding obligation/guaranteed commitment to the shareholders. Dividends declared and distributed by the Group for the financial year ended 31 December (“FYE”) 2017, FYE 2018, FYE 2019 and FYE 2020 were RM10.01 million, RM5.25 million, RM6.00 million and RM2.50 million, respectively.