Edvantage Group Holdings Limited (Edvantage Group or the Group, HKG: 382), the largest private higher education group in Guangdong-Hong Kong-Macao Greater Bay Area (the Greater Bay Area), is pleased to announce its update on certain latest unaudited financial and operational information for the nine months ended 31 May 2021 (the Period under Review). 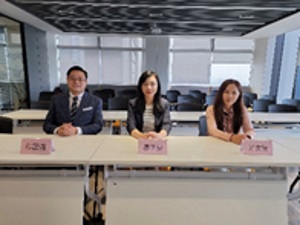 Following the National Policies, Society and Market Needs, High Compliance and High-quality Schooling Standards to Build A Century-old Prestigious School
Higher education and vocational education, both businesses of Edvantage Group, are supported by the People’s Republic of China. During the Period under Review, schools were operated in key national economic development regions such as the Greater Bay Area and the Chengdu-Chongqing Economic Circle in keeping with national policies.

In terms of higher education, the Group continues optimising its major settings which focus on Big Business and New Business and expanding more majors that closely follow the employment orientation and economic development direction of the local areas in the relevant fields of education, which are big health, big data and new energy.

Under the background of strong support from relevant national policies and superimposed on the Group’s high compliance and high-quality schooling standards, the development of the Groups’ higher education and vocational education businesses will maintain a good momentum, leading it to achieve steady and sustainable development.

Guangzhou Huashang College Has Repeatedly Made Breakthroughs in High-quality Schooling

During the Period under Review, Guangzhou Huashang College (“Huashang College”) made a new important breakthrough in teaching. In May 2021, it was approved as Project Construction Unit with the right to grant master’s degree and became one of the first 8 private colleges in Guangdong Province, which was a critical milestone in the history of the Group’s education development. Moreover, Huashang College also made great progress in the development of majors. Its Accounting major was included in the national-level leading top majors for development in March 2021, marking another breakthrough in the development of majors after the designation of Accounting and Financial Management as one of the leading top majors for development in Guangdong Province in 2019 and 2020, respectively.

During the Period under Review, schools under the Group accelerated their synergism and deepened cooperation. The effect of integration and empowerment thus continued increasing, and also the teaching brands continued improving. Precisely, as for promoting academic education, the Group has launched international academic education programmes such as the foreign-China Dual Diploma programmes, overseas inclusive classes, international undergraduate and Global Immersion Programmes. As for enhancing students’ employment competitiveness, the Group offers value-added teaching services such as various lectures by senior executives of famous companies, domestic and foreign tournaments and employment, postgraduate and certificate counselling. With the continuous provision of diversified and high-quality teaching services to students, the tuition levels and teaching brands of schools under the Group are expected to be sustainably improved.

During the Period under Review, the Group’s two new campuses, located in Sihui City, Zhaoqing City and Xinhui District, Jiangmen City, Guangdong Province respectively, were expanded smoothly. With the two new campuses being put into use successively, the Group’s schooling capacity in the Greater Bay Area will see considerable rooms for expansion in the future.

Edvantage Group Holdings Limited (Edvantage Group or the Group, HKG: 382) is the largest private higher education group in the Guangdong-Hong Kong-Macao Greater Bay Area (the “Greater Bay Area”) and an early mover in education sector in pursuing international expansion, and it was listed on the Main Board of the Stock Exchange on 16 July 2019. As of 31 May 2021, the Group has more than 62,000 students in schools and owns a total of 8 higher education and vocational education institutes in China and overseas. In China, the Group operates Guangzhou Huashang College and Guangzhou Huashang Vocational College in Guangdong Province of the Greater Bay Area. In December 2020, the Group expanded its scope of education towards the Chengdu-Chongqing Economic Circle by acquiring Urban Vocational College of Sichuan and Urban Technician College of Sichuan in Chengdu City, Sichuan Province. In addition, the Group also operates Greater Bay Area Business School in Hong Kong. Overseas, it operates Global Business College of Australia (GBCA), Edvantage Institute (Singapore) (EIS) and Edvantage Institute Australia (EIA).