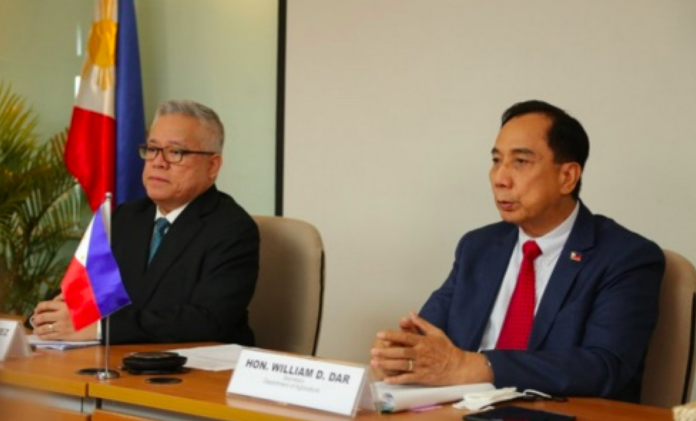 Leading the Philippine delegation at the World Trade Organization (WTO) Virtual Trade Negotiations Committee Ministerial-level Meeting on Fisheries Subsidies on 15 July 2021, Trade Secretary Ramon Lopez and Agriculture Secretary William Dar encouraged trade and agricultural ministers to speed up negotiations to come up with new disciplines to eliminate subsidies that contribute to illegal, unreported and unregulated (IUU) fishing, overfished stocks, and overcapacity and overfishing in time for the 12th WTO Ministerial Conference (MC12) to be held by December this year.

“The Philippines stands together with other members who are committed to deliver an outcome in the fisheries subsidy negotiations ahead of MC12. This will only be possible if there is solid political will and diplomatic flexibility in the negotiations,” Trade Secretary Lopez said in his statement during the meeting.

The current draft text of the agreement contains a carve-out that if a prohibited subsidy occurs in disputed waters, it will not be addressed by a WTO panel. As this will provide a loophole for countries involved in maritime disputes to be exempted from the disciplines, Agriculture Secretary Dar urged the WTO members to reconsider the current language.

“Issues of territorial claims or delimitation of maritime boundaries or zones are of the highest concern for the Philippines but nothing must prohibit a duly constituted Panel from hearing a case,” Secretary Dar stressed. He also emphasized that flexibility and exemptions for poor and vulnerable artisanal fishers in developing country and least-developed countries should not create a permanent exception from effective disciplines to address overcapacity and overfishing. Declining fish stocks threaten to worsen poverty and endanger coastal communities that rely on fishing. According to the WTO, based on the latest data from the UN Food and Agriculture Organization, fish stocks are at risk of collapsing in many parts of the world due to overexploitation. An estimated 34% of global stocks are overfished compared with 10% in 1974, reflecting a pace of exploitation where the fish population cannot replenish itself. (DTI)