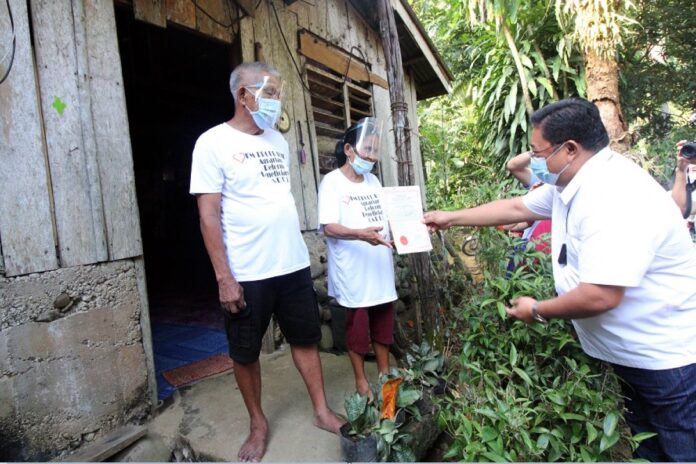 Five hundred seventy-five (575) farmers in Hinunangan, Southern Leyte are now legal owners of the land they have been tilling for decades as the Department of Agrarian Reform (DAR) distributed certificates of landownership award (CLOAs) on July 29, 2021.

DAR Secretary Bro. John Castriciones, who led the distribution of individual CLOAs, said the land distributed to the agrarian reform beneficiaries (ARBs) has a total land area of 575 hectares.

Brother John said that the lands awarded to the farmers took more than 15 years of processing. Most of the landholdings had issues on land coverage involving contentious private agricultural lands.

“I am proud to say that although it took more than a decade for these farmers to get their land, the DAR was able to resolve these problems judiciously,” Brother John Said.