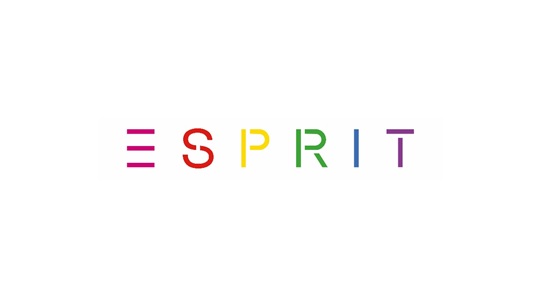 ESPRIT HOLDINGS LIMITED (Esprit, the Company or the Group; HKG:330) has today announced its unaudited financial interim results for the six months ended 30 June 2021 (the Period).

Group revenue for the Period was approximately HK$3,872 million, a marginal decrease of around 5.8% from the six months ended 30 June 2020 (the Corresponding Period), primarily resulted from lower revenue in Europe, (approximately 14.4%) due to stringent pandemic related operating restrictions, as well as the Company’s temporary exit from Asia Pacific and the closure of several low-performance stores. The reductions were tempered by a stronger performance from the Company’s digital operations, which recorded an increase of approximately 17.3%. During the Period, the Esprit website and third-party e-commerce partners continued to trade during lockdown and, as a result, a large portion of the Company’s sales were generated online. This business model allowed the Company to mitigate some of the negative impact that the pandemic had on the retail segment.

Mr. DALEY Mark David, President and Chief Executive Officer, said, “There is no question that the trading environment around the world has been challenging on many levels for our brand and others, still, I continue to be proud of how our teams have reacted and applied themselves to operating the business in these difficult times. It would be a remiss if I did not note that we are mid way through a period of major transformation with the Esprit business and brand. We are reshaping our global operations, recreating our consumer proposition in product and marketing, firming up and stabilizing our European P&L and exploring exciting growth options for our brand in America and Asia Pacific. We have attracted a team of world class talent at leadership level, who will be based at our global headquarters in Hong Kong, to provide drive, governance and operational control over all aspects of our business. Plus, finally the losses that the company has previously reported have been stemmed. This is a business and a brand in transformation, laying a foundation at strategic and operational level that will allow it to grow on firm footings as we move forward to a bright and successful future.”

— The improvement in sales resulting from e-commerce channels, along with a higher gross profit margin, for the Period as compared with that of the Corresponding Period;
— The increase in other income, which mainly included exchange gains of approximately HK$87 million for the Period;
— The positive results from the implementation of cost control measures by the Group; and
— The significant reduction of the negative impact on exceptional items during the Period.

The Company is now sitting on a firm financial footing with a healthier balance sheet, a new leadership team, a strategic plan for growth and a committed and dedicated global team. The team at Esprit are focused on improving processes, keeping operating costs to a minimum and targeting global growth opportunities, while the new leadership team is building a customer-centric culture with an entrepreneurial spirit. It is hoped that this, combined with the improvements to the Company’s products, marketing, digital content and more, will put Esprit back on track to grow and regain the top market position.

Mr. DALEY Mark David, added, “The Company is in a truly unique position: A world-class, instantly recognizable brand, a large scale and functional business in Europe, and opportunities for global growth in the Americas and Asia Pacific. With the customer at the center of everything that we do, Esprit is very well positioned to once again become the market leader it deserves to be.”

Ms. CHIU Christin Su Yi, Acting Executive Chairman, concluded, “The brand and business are growing, and the Company remains cautiously optimistic about the months ahead. The Group is confident that the Company is laying a foundation for profitable global growth. During the remainder of 2021, much of the Company’s attention will be centered on acquiring and retaining customers and gaining market share.”

About ESPRIT
Fueled by the vision of essential positivity, Esprit was founded in California by couple Susie and Doug Tompkins in 1968. Inspired by the revolutionary spirit of the 60s, the brand developed a clear philosophy – always celebrating real people and togetherness, in line with the brand’s promise: “We want to make you feel good to look good”. The success story of Esprit is based on two pillars: Delivering joy every day through laid-back tailored, high quality essentials and carefully selected fashion-forward pieces while staying true to its core values of sustainability, equality and freedom of choice. Example: In the early 90ies, long before “Eco Fashion” became fashionable, Esprit debuted its first “ecollection” made of 100% organic cotton and featured its own team instead of models in honor of their “Real People Campaign.”

Keeping this spirit alive since day one, today Esprit has a presence in more than 30 countries around the globe. The Group has been listed on the Hong Kong Stock Exchange since 1993, and Esprit’s global headquarters is located in Hong Kong.

Forward-Looking Statements
This press release contains certain forward-looking statements. Such forward-looking statements are subject to various risks and uncertainties, including without limitation, statements relating to our plans to transform the Company’s business, make a significant investment in our businesses and achieve sustainable profitability in the future, and other risks and factors identified by us from time to time. Although the Group believes that the anticipations, beliefs, estimates, expectations and/or plan stated in this document are, to the best of its knowledge, true, actual events and/or results could differ materially. The Group cannot assure you that those current anticipations, beliefs, estimates, expectations and/or plan will prove to be correct and you are cautioned not to place undue reliance on such statements. The Group undertakes no obligation to publicly update or revise any forward-looking statements contained in this document, whether as a result of new information, future events or otherwise, except as required by the Rules Governing the Listing of Securities on The Stock Exchange of Hong Kong Limited or any other applicable laws and regulations. All forward-looking statements contained in this document are expressly qualified by these cautionary statements.