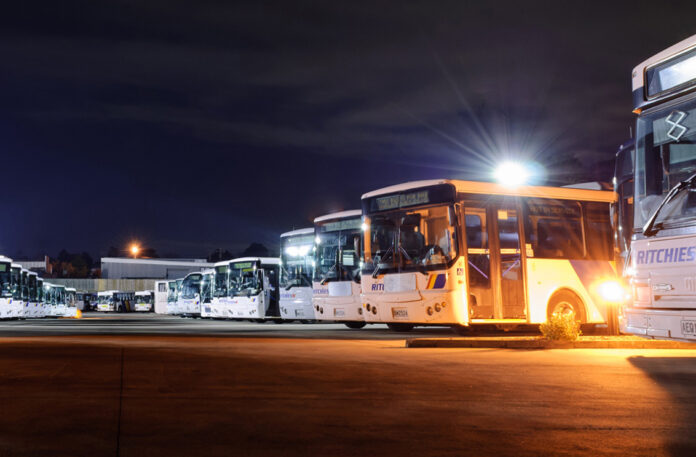 Ritchies Transport Limited, a leading transportation operator in New Zealand with an 86-year heritage, and KKR, a global investment firm, today announced the signing of definitive agreements under which KKR will acquire Ritchies.

Founded in Temuka in 1935, Ritchies is one of the largest transport providers in New Zealand, with a fleet of more than 1,600 vehicles and a network of 42 strategically located depots across the country. The Company provides the government, local councils, and private customers with reliable and accessible public transport solutions in some of New Zealand’s largest cities.

Upon completion of the transaction, the Ritchie family will continue to hold a stake in Ritchies. Andrew Ritchie will be appointed as CEO of the Company as Glenn Ritchie retires from Ritchies.

Glenn Ritchie, Managing Director of Ritchies Transport, said, “This deal is a real milestone for our business. After 86 years, we are confident that the Company will continue to demonstrate the family values that have been a strong part of our identity and culture, as we’ve built Ritchies into one of New Zealand’s largest and most successful transport operators.”

Andrew Ritchie, Director of Operations at Ritchies, said, “Joining the KKR family is the start of an exciting new chapter for the company. Glenn has been an integral part of the business for most of his life, and been instrumental in helping the company achieve its growth and success as a nationwide transport operator. He has left an indelible mark on the company and its staff and will be missed.”

“We would like to thank our many loyal customers and staff all over New Zealand, many of whom have been with Ritchies along our journey. Now it’s time to leverage KKR’s expertise to help take Ritchies forward as we look to the next 86 years. We were very impressed by KKR’s long track record of adding value to the businesses, investments and acquisitions they have made across numerous industry sectors around the world,” added Andrew.

David Luboff, Partner and Head of Asia Pacific Infrastructure at KKR, said, “For over 80 years, Ritchies Transport has been the trusted provider of local and regional transport in communities across New Zealand, and we are excited to invest in a successful, leading business like Ritchies and work alongside its talented management team. Our investment also reiterates KKR’s strong commitment to investing in critical infrastructure assets in New Zealand and globally through our expanding portfolio.”

Andrew Jennings, a Director on KKR’s Infrastructure team, said, “We see continued demand for high-quality, greener public transport solutions in New Zealand. Buses account for 75% of total public transport trips made in the country and play a critical role in connecting people to places. They also represent a highly visible opportunity to encourage the adoption of zero-emissions technology. We look forward to working closely with the Ritchie family to continue their legacy and working in partnership with the government to deliver safe, reliable and sustainable public transport services.”

KKR is making this investment from the KKR Asia Pacific Infrastructure Fund. Additional details of the transaction are not disclosed. The transaction is also subject to customary closing conditions and is conditional on OIO approval which is expected within four to five months.

Spikes Asia Awards 2022 Announces the Integration of the Tangrams Awards...