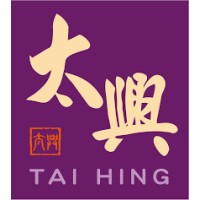 Tai Hing Group Holdings Limited (Tai Hing Group or the Group; HKG:6811), a multi-brand casual dining restaurant group with roots in Hong Kong and a network of more than 220 restaurants in Hong Kong, Mainland China, Macau, and Taiwan, has just announced its interim results for the six months ended 30 June 2021 (1H2021 or the Review Period). 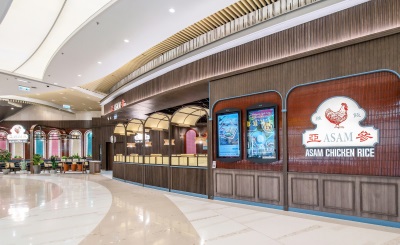 During 1H2021, the Group was able to record satisfactory overall revenue with a year-on-year increase of 16.4% to reach HK$1,532.7 million (1H2020: HK$1,316.9 million). Gross profit and gross profit margin improved to HK$1,100.9 million (1H2020: HK$928.4 million) and 71.8% (1H2020: 70.5%) respectively. Profit attributable to owners of the Company increased 297.9% to HK$33.4 million (1H2020: HK$8.4 million). Basic earnings per share were HK3.34 cents (1H2020: HK0.84 cents). The outbreak of the COVID-19 was largely brought under control during the Review Period with market confidence and consumption sentiment gradually restored. Although the market still faced continued uncertainty, the Group has been well-equipped with extensive experience in coping with the negative impacts of the pandemic and thus delivered satisfactory financial results during the Review Period.

In addition, the Group’s financial position remains positive, with sufficient cash and a healthy operating cash flow that has enabled it to fuel further growth. As at 30 June 2021, the Group had cash and cash equivalents of HK$518.5 million (as at 31 Dec 2020: HK$562.1 million).

To share the Group’s achievements with Shareholders, the Board has declared the payment of an interim dividend of HK2.50 cents per share (1H2020: HK1.30 cents per share) for the six months ended 30 June 2021, representing a dividend payout ratio of 75%.

Business Review
As at 30 June 2021, the Group has a network of 223 restaurants spanning across Hong Kong, Mainland China, Macau, and Taiwan, under 14 casual dining brands.

High-growth “Men Wah Bing Teng” and “Asam Chicken Rice” continued to outperform the market
The “Men Wah Bing Teng” brand continued to serve as one of the major catalysts boosting the Group’s sales. Having outperformed the market in 1H2021, the business achieved significant revenue growth of 63.4% to HK$345.0 million (1H2020: HK$211.2 million). It was also the Group’s second-largest revenue contributor, accounting for 22.5% of the total revenue. In light of the brand’s impressive sales revenue, the Group opened six new stores in both Hong Kong and Mainland China in 1H2021. In order to maintain its pace of growth, the Group will exert further efforts in the promotion of “Men Wah Bing Teng” in the Greater Bay Area as well as other potential markets.

With regard to the “Asam Chicken Rice’ brand, it was another fast-growing revenue contributor, with impressive revenue growth of 873.2% to HK$57.4 million (1H2020: HK$5.9 million) and same-store sales growth reaching a high single-digit. During the Review Period, the Group opened five new ‘Asam Chicken Rice” restaurants – hence a total of 11 branches in Hong Kong. By in large, the new branches received favorable market responses during the Review Period, which led to a ninefold increase in revenue when compared with that of 1H2020. The profitability of “Asam Chicken Rice” was also more competitive owing primarily to less manpower required in the kitchen and more universal menu options.

As the Group’s signature brand, “Tai Hing” is a well-recognized name in the mass market and continues to be a stable source of revenue. With the majority of its restaurants located in shopping malls or within well-populated communities, the “Tai Hing” brand was able to generate stable revenue totalling HK$734.3 million (1H2020: HK$692.6 million), which represents 48.0% of the Group’s total revenue for the Review Period.

Having introduced several new brands to the market during the preceding financial year, the Group is delighted to note that “Daocheng”, “Dumpling Station” and “Dimpot” all performed well during the Review Period. The Group will continue to nurture and enhance these new brands to ensure they reach their full potential.

Revenue from takeaway and delivery business accounted for approximately 28.0% of total revenue
In Hong Kong, the restrictions on catering businesses have been partially relaxed in recent months, with anti-epidemic measures proving effective in controlling the pandemic. While an improvement in consumer sentiment has been observed, the sector has yet seen a return to normal in terms of dine-in level during the Review Period. The Group has therefore continued to increase its efforts in boosting sales from takeaway and delivery services. As a result, revenue from such services to total revenue for the Group’s restaurant operations was approximately 28.0% during 1H2021, with around 90% of the revenue contributed by the takeaway business, thus helping to offset the loss in dine-in revenue. In addition, the Group has further developed its line of ready-to-eat products in order to capitalize on the increasing dine-at-home trend.

Prospects
With its successful multi-brand strategy, the Group is well-positioned to take advantage of opportunities under the current market conditions. It will therefore continue to negotiate with landlords for rent reductions and other concessions, in order to strengthen its control over rental expenses in the next three years. It will also steadily expand its restaurant network in a prudent and pragmatic manner. A principal focus of this expansion plan – covering both Mainland China and Hong Kong, will centre on the Group’s high-growth brands “Men Wah Bing Teng” which have enjoyed remarkable success and generated high returns. In addition, with the Southeast Asian cuisine brand “Asam Chicken Rice” having received such a positive market response, the Group has plans to introduce it to the Mainland China market later this year. The Group will continue to develop and launch new brands in both Hong Kong and Mainland China based on market trends and customer preferences.

In order to support its rapid business growth in the future, the Group will further optimize the production capacity of its food factories in both Mainland China and Hong Kong as well as improve the quantity, variety and quality of output from such factories through “direct procurement and centralized production”, and thus effectively bolster the Group’s competitiveness and reduce food costs. It is worth noting that the food factory in Dongguan recorded a profit and achieved an increase in production capacity in 1H2021.

Regarding the HK$5,000 Consumption Voucher Scheme (“the Scheme”) introduced by the Hong Kong SAR Government, the first batch of consumption vouchers was issued on 1st August 2021. The Group has been buoyed by the public response and plans to further capture opportunities by co-operating with various designated digital payment platforms and with corporations and shopping malls in Hong Kong to attract more consumers. In addition, the Group will also give full play to its multi-brand advantages and launch special promotions relating to the Scheme, so as to enhance the appeal of its restaurants among consumers and capitalize on the synergies generated among the brands. Given Tai Hing Group’s positioning as a multi-brand casual dining restaurant group targeting the mass public, it is confident that the Scheme can help boost its sales performance in the second half of this year.

The Group has taken a conservative approach to allocate resources to marketing activities over the past year due to the lingering pandemic situation and poor market sentiment. However, with the pandemic being brought under control in Hong Kong, it will bolster its marketing efforts going forward in order to stimulate consumption at its restaurants and revitalize its brand image. This will begin with the launch of marketing campaigns for the “TeaWood” brand through online and offline cross-platform promotions. With respect to the Group’s signature brand, “Tai Hing” and the high-growth brand “Men Wah Bing Teng”, a series of marketing activities will be launched in accordance with the strategic goal of further boosting consumption and increasing revenue.

In view of the global digitization trend, the Group will continue to increase its level of systematic digitalization and increase automation so as to improve the efficiency of its restaurant operations. The Group will also develop its first integrated digital mobile application with the aim of enhancing and improving its customer relationship management. By utilizing big data applications, the Group will be able to both increase the effectiveness and flexibility in which marketing resources are allocated, leading ultimately to greater patronage and stronger loyalty from target customers. Furthermore, by leveraging the Group’s solid customer base, it will be able to develop online sales and delivery platform as well as promote the cross-selling of its products. With this in mind, it will dedicate greater resources to the deployment of various advanced technology systems, upgrade its IT systems, and utilize big data applications, with the ultimate objective of supporting the expansion of the Group’s restaurant network and facilitating sustainable development in the long run.

Mr. Chan Wing On, Chairman and Executive Director of Tai Hing, said, “Given the constantly evolving pandemic situation, we believe the pace and degree of the market’s recovery will be very much dependent on how fully the virus subsides in the near future. The Group will continue to closely monitor market developments and will take proactive and appropriate steps to facilitate continuous business expansion in a prudent manner through its multi-brand strategy. With Tai Hing’s solid business foundation underpinned by its well-developed multi-brand strategy, we remain confident in the Group’s ability to withstand the current headwinds and move towards a more favorable trajectory along with the market recovery.”