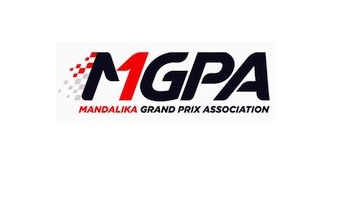 The major work and the infrastructure at Mandalika Circuit, Lombok Island, West Nusa Tenggara, is nearly 100 percent complete, stated Mandalika Grand Prix Association (MGPA) CEO Ricky Baheramsjah. Supporting facilities – and vaccinations – are being accelerated in a bid to ensure the success of the MOTUL World Superbike (WorldSBK) Championship to be held at the Mandalika Circuit on November 19-21.

For the first time since 1997, WorldSBK returns to Indonesia for the final round of the 2021 season, set to take place at Mandalika Circuit. “The main work and circuit infrastructure are complete. Now, we are focusing on the operational aspects, including deploying the circuit staff and medical team as well as ensuring that we have adequate equipment,” Baheramsjah said here on Saturday.

As of August 4, the 17.36 kilometer bypass road linking Lombok International Airport with the Mandalika Tourism Special Economic Zone (KEK) had reached 81.17 percent completion. Meanwhile, access to the Circuit via the 748-meter road to Seger Beach and 244-meter road to Serenting Beach is ready.

In terms of COVID-19 vaccination, coverage in West Nusa Tenggara as of September 8, had reached 18.95 percent for the first dose and 9.84 percent for the complete dose. Baheramsjah noted that the provision of 1,025 million vaccine doses is being expedited to achieve 70 percent coverage. “Hence, we target 45 thousand people per day,” he stated.

The committee has also prepared for traffic management at Lombok entrances, such as Bangsal Port, Lembar Port, Gili Mas Port, Kayangan Port and Lombok International Airport. Connectivity between Surabaya, the capital of East Java, and Bali to Mandalika has been strengthened, including managing the parking zones. “We are cooperating with the NTB Land Transport Organization (Organda) and have provided 46 Damri (state-owned busses),” he stated.

The Circuit has received the praise of MotoGP legend Mick Doohan, who, while attending the pre-launch at the Mandalika Grand Prix Association on September 23, observed that the track would blur the distinction between racing and holidaying.

“I am afraid that racers will not be able to distinguish between racing and vacation. Because the concept of the Mandalika circuit can be called a race tour, so here, racers, spectators and all those involved in the Mandalika MotoGP can enjoy the atmosphere of the circuit concept that is attached to this beach,” Doohan remarked.

The former MotoGP racer, with world championship achievements during1994-1998, said that he considered the Mandalika circuit very challenging. “After seeing the track simulation and the layout, it is really great. It is a fast track, which means the race will be great and interesting for the drivers,” Doohan said.

“Changes occur quickly from one point to another. This means it will be a very tight race, the competition will be fierce and the riders will find racing on the circuit extraordinary. The winner will be determined on the last lap. Very interesting,” Doohan concluded.