Yuexiu Real Estate Investment Trust (Yuexiu REIT, together with Yuexiu REIT Asset Management Limited, is referred to as the Fund, HKG: 405) is pleased to announce that, through its Special Purpose Vehicle, it has entered into the acquisition deed with a direct wholly-owned subsidiary of Yuexiu Property Company Limited (as Vendor) (Yuexiu Property, HKG: 123), and Yuexiu Property (as the Guarantor). Yuexiu REIT proposes to acquire, from the Vendor, Yuexiu Financial Tower, a top-tier international Grade A office building as such structures become increasingly scarce in the Core Business District of Guangzhou Zhu Jiang New Town (ZJNT). 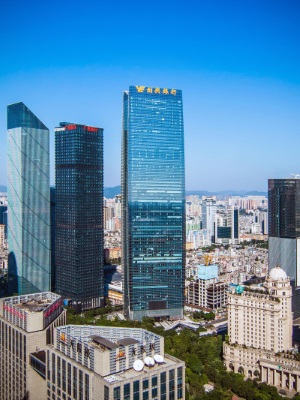 Mr. Lin Deliang, Chairman, Executive Director and CEO of Yuexiu REIT said, “We believe this acquisition presents a precious opportunity. Upon completion of the acquisition, Yuexiu REIT will own three super-high-rise landmark buildings taller than 300 meters and it is expected that Yuexiu REIT’s enlarged portfolio valuation to be the largest among the PRC portfolio owned by Hong Kong and Singapore listed REITs after the acquisition. Yuexiu REIT has long been committed to investing in high-quality income-producing commercial real estate in top-tier People’s Republic of China (PRC) cities with long-term growth potential. This acquisition marks a major advance in Yuexiu REIT’s investment and growth strategy. Furthermore, we can also capture robust development opportunities in the Greater Bay Area (GBA) and Guangzhou, and Guangzhou’s growing commercial property market; enlarge Yuexiu REIT’s property portfolio; generate a long-term and stable source of income; and, ultimately, enhance the growth potential of Yuexiu REIT.”

Guangzhou’s growth has been driven by an innovation-based economic system and development model, and it will be developed as a world-class headquarters for enterprises engaged in emerging, advanced manufacturing and modern services industries and ultimately an international-standard city cluster and world-class Bay Area will be fully established in the future. As one of the core cities in the development of the GBA together with Hong Kong, Macau and Shenzhen, Guangzhou is positioned as a national central and gateway city; and is also an advanced international trade center, a comprehensive transportation hub and an important focal point for science, technology, education and culture development, as it continues to build an international metropolis. Among the 9+2 cities in the GBA, Guangzhou is the capital city of Guangdong province in Southern China and a key strategic location in the GBA situated at a prime location that has developed rapidly. In the first half of 2021, Guangzhou’s GDP growth exceeded the average national and Guangdong levels, and the expected accelerated development of the GBA should also stimulate stronger market demand for international Grade A office in ZJNT in Guangzhou. Therefore, the acquisition can seize the opportunities arising from the rapid economic expansion of the GBA and Guangzhou[, and also capture the development of the Guangzhou commercial property market.

The proposed acquisition of Yuexiu Financial Tower is for an International Grade A office building, which is one of the ten tallest skyscrapers in Guangzhou and a landmark building strategically located in the Core District of ZJNT, at No. 28, Zhujiang East Avenue, Tianhe District in Guangzhou. Yuexiu Financial Tower has a total gross floor area of 210,282.94 square meters and comprises a 68-storey above-ground commercial office building (comprising a 4-storey retail component and a 64-storey office component) and a 4-storey basement of 827 underground carpark spaces. Located in a strategic transportation hub with convenient transportation and adjacent to major subway lines within about 5-10 minutes walking distances. It is accessible to the Metro Lines 3, 5 and the Automated People Mover (a driverless electric train) line. It is just 200 metres away from the Xiancun Station, the interchange station of the Metro Line 18 and Phase 2 of Line 13 which was opened in September 2021 and expected to open in 2022 respectively. The opening of the new Xiancun Station and Huacheng Square North Stations would further improve the regional public transportation network and hence could further push up the rentals of office buildings near the station. Moreover, Yuexiu Financial Tower has a helipad, a unique transport infrastructure compared to the other Grade A office buildings in Guangzhou which supports flying routes between Guangzhou, Shenzhen and Zhuhai.

Yuexiu Financial Tower is a highly competitive facility in the region, with the largest leasable office space and advanced facilities, including a super-high-speed elevator with a maximum speed of eight metres per second, an intelligent elevator despatch system and an energy-saving air conditioning system that can effectively block PM 2.5 with a virus sterilisation rate of 99.9%. Currently, it has attracted many high-quality tenants across various industries including finance, business services, information technology, manufacturing, and property, as well as Fortune Global 500 enterprises. Moreover, it achieved an average occupancy rate of 92.5% for the nine months ended 30 September 2021.

In addition, Yuexiu Financial Tower has won multiple awards including the US Green Building Council LEED EBOM V4 Platinum Certification, the US Green Building Council WELL V2 Platinum Pre-certification and the China Construction Engineering Luban Award (National Prime-quality Project), with the last mentioned being the highest award for construction quality in the PRC. The property’s outstanding, design, quality and infrastructure are widely recognized.

The core area of ZJNT is in the heart of Guangzhou Tianhe central business district with the most Grade A office buildings, and it is considered a hub for the financial and high-end services sectors in Southern China. Tianhe District’s economic strength continued growing, from the GDP level of RMB343.3 billion in 2015 to reach RMB531.3 billion in 2020 and the district’s GDP has ranked first in Guangzhou for 14 consecutive years. Led by a “headquarters economy”, Tianhe District is expected to do well in four leading industries including financial services, new generation of information technology, modern commerce and business services. Compared with other districts in Guangzhou, ZJNT has the highest rent level for Grade A office space. As at 30 September 2021, the current passing rent for the office component of Yuexiu Financial Tower was approximately RMB199.3 per square meter per month. The average rent of International Grade A office buildings in the core area of ZJNT was RMB 218 per square meter per month in the second quarter of 2021. Based on the superior conditions of Yuexiu Financial Tower, there appears to be further room for rent to rise. Moreover, according to the market consultant report, the rental rate of international Grade A office space in the core area of ZJNT is expected to steadily grow at 3.2% to 4.4% between 2022 to 2025, mainly due to the scarcity of office space in the area in the next four years. In that time, ZJNT will be the first choice for financial services companies and high-end services companies in the leasing market, and ZJNT is expected to enjoy the best lease performance.

Upon the completion of the acquisition, the revenue generated by Yuexiu Financial Tower for the six months ended 30 June 2021 would have represented approximately 19% of the revenue of the enlarged portfolio for the same period. This acquisition not only provides an additional source of distributable income from the additional property, it also diversifies the concentration risk of the distributable income of Yuexiu REIT’s current portfolio.

Yuexiu Financial Tower and Yuexiu REIT’s Guangzhou International Finance Center (GZIFC) are in close proximity to each other, which enables Yuexiu REIT Asset Management Limited, the Manager to leverage its experience and existing resources to realize synergies. The competencies of the Manager is demonstrated through its success in acquiring and managing high-quality office properties including GZIFC and Wuhan Yuexiu Fortune Centre. Upon completion of the acquisition, the greater portfolio size will create a stronger platform to further increase the number of well-established domestic and multinational corporations in Yuexiu REIT’s tenant base, spread operating costs over a larger portfolio, and achieve greater operating synergies resulting from the economies of scale. It is expected that Yuexiu REIT’s enlarged portfolio valuation to be the largest among the PRC portfolio owned by Hong Kong and Singapore listed REITs after the acquisition. The proportion of office space of Yuexiu REIT will increase from 68% to 73% in terms of gross rentable area and the average age of the properties in the portfolio will decline from 14.2 years to 13.4 years.

For the rights Issue plan, Yuexiu REIT proposes to raise approximately HKD3,950 million (before expenses) on the basis of 37 rights issue units for every 100 existing units by issuing up to 1,234,403,038 rights issue units at the price of HKD3.20 per rights issue unit. Upon the completion of the acquisition, the increase in the total number of units in issue and publicly traded is expected to improve the trading liquidity of the units and broaden the unitholder base of Yuexiu REIT.