The second round of land auction rules in 22 cities has been adjusted, and competitive quality has become a standard feature in the multi-city land auction market. An enterprise’s vitality, product strength, innovation ability and product competitiveness are becoming the underlying logic to drive the industry into high-quality development. 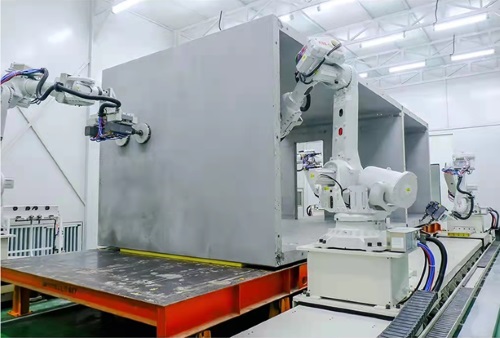 This year, “carbon peak, carbon neutral” was formally written into the government work report, the “14th Five-Year Plan” included policies to accelerate the promotion of green and low-carbon development. Since the construction industry is a key contributor of carbon emissions, companies related to green buildings will usher in new development potential.

Tang Fen, Board Director and President of Broad Homes, commented: “Industrialized construction is the most effective technological path for the construction industry to achieve the dual-carbon goal.” Broad Homes will continue to invest in technology and product R&D to consistently enhance product characteristics. “Simply put, construction industrialization is like building a house like a car. This methodology is currently in its early stages of development in China”, Tang Fen added.

At present, Broad Homes has 8 generations of product systems, a leading national information system, an accumulation of experience in building 200 million square meters of construction projects, and a strategic factory layout in China. As of June 2021, Broad Homes has 15 wholly owned PC factories and 60 joint PC factories that are currently under operations.

Future growth is empowered by digitalization

When industrialized construction reaches productization, it is necessary to gradually move away from passively meeting customer needs to actively meeting them. Broad Homes believes digitalization should be adopted to improve efficiency and push for product innovation.

Tang Fen commented: “How to return building construction to the essence of the product itself relies on realizing the values of industrialization and digitalization.” Broad Homes began to actively engage in digitalization capabilities in 2014. Currently, the Company’s operation is entirely driven by the data system. The front-end production and operation are driven by demand, and the influence of human factors in the entire production and operation process is reduced by 95%.

In March 2021, Broad Homes officially released the BOX Modul product. Since the trial production in July this year, a total of more than 100 million new orders have been contracted in three months, showing positive demand from the market. It is reported that the BOX Modul is built ready-to-live with a wide range of application scenarios including cultural tourism, homestays, public service spaces, etc. This product allows the realization of more innovative models of living and usage of land.

Regarding the successful innovation of products, Hu Shengli, the Co-President of Broad Homes and CEO of Broad Box Technology Co., Ltd., commented: “The Company’s independently developed whole-process digitalized information system, PC-CPS, integrates all parts of the industrial chain including design, manufacturing, and construction and at the same time offering flexible manufacturing. This system has set a good foundation to produce BOX-Modul products.”

He also commented: “Through transformation and upgrades, the PC-CPS system can be implemented into BOX-Modul products. We hope in a year of continuous efforts, we can realize digitalization through the BOX-Modul’s CPS system and with feedback from the client end, we hope to further enhance and upgrade our product.”

In his view, in the near future, BOX-Modul products can be upgraded and iterated from hardware to software just like the iPhone. Digital technology provides this possibility for the BOX-Modul.