Bitcoin mining startup Arkon Energy has raised an AUD$2.6M pre-seed round, setting a new Australian record, just one month after the record was set by one-click checkout startup “Instant” at AUD$2.2M. 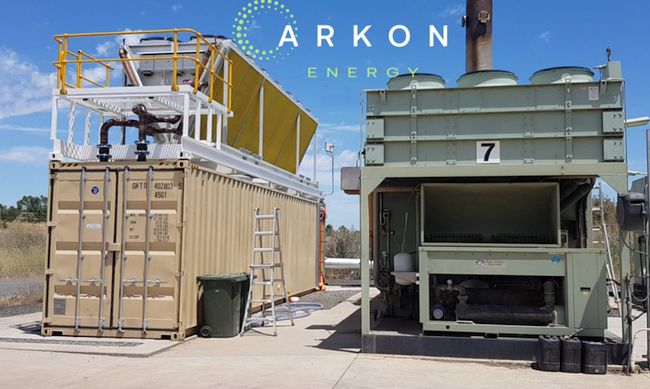 The company will use the funds to rapidly scale its capabilities and deploy more bitcoin mining operations through a two year, 44 megawatt (MW) renewable energy project pipeline.

Utilising low-cost renewable energy and immersion cooling, Arkon Energy has built this 44MW future pipeline across four project partnerships to be deployed over 18-24 months. Arkon intends to scale its operations at a similar pace to its much larger Australian competitors, Mawson Infrastructure and Iris Energy.

The record-breaking round was led by blockchain investment firm Kestrel0x1. It also attracted a number of strategic investors, including leading provider of trade services and renewable energy products, Linked Group Services, and a suite of other angel investors.

Payne and Townsend’s pitch to renewable power generation asset companies is to utilise low-cost, renewable energy (that often runs on a cost-negative basis during the day and is only profitable during peak grid pricing), to mine Bitcoin. This would result in five-fold greater profit margins, 24-hours a day, every day of the year.

“Due to the grid oversupply issues causing the cost of power to run negative during the day, renewable energy generation asset owners must consider alternative sources of electricity monetisation to remain profitable and competitive,” says Payne.

“Most large renewable companies are already exploring the use of battery storage to store energy and deliver it to the grid on-peak for additional profit. But this only provides a small window of opportunity during the day to benefit from high power prices.”

“There are benefits we provide for our clients are built on two fundamentals. The first is that fundamentally, Bitcoin is money,” explains Payne.

“The advantage of mining Bitcoin is that you are storing energy in money, which can either be immediately converted back to Australian Dollars at a five-times greater profit margin or held for long-term price appreciation.”

The outlook for Arkon Energy appears to be all upside, with competitors Mawson Infrastructure and Iris Energy both going public on the Nasdaq in Q3 and Q4 last year with enterprise valuations of USD $800M and USD $1.5B respectively.