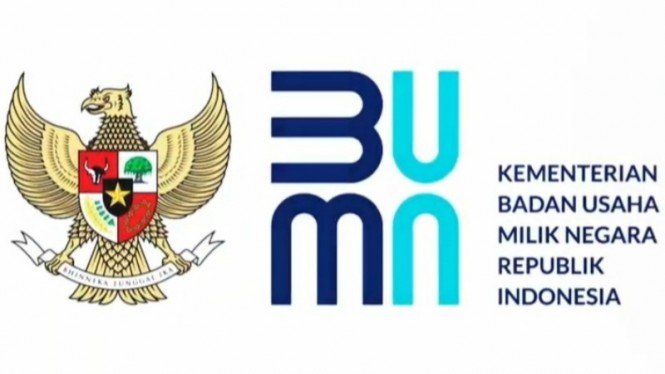 President Joko Widodo (Jokowi) has given a period of one to two years for state-owned enterprises (SOEs) to make fundamental changes to increase their competitiveness. 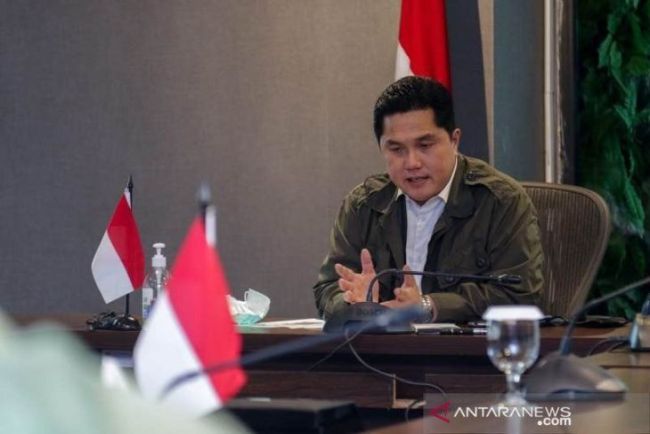 On October 14, 2021, Jokowi stated that he was pleased to witness the clustering of container terminal operator and port development firm Pelindo into one holding, which was PT Pelabuhan Indonesia, to cuts logistics costs and helps improve connectivity throughout Indonesia.

According to Jokowi, the clustering forms into one great power, as it builds networking with partnerships abroad. “Through partnering with overseas companies who have networks, the (SOEs’) link to all countries can become a huge power,” the president remarked.

Through clustering, SOE companies have shown above-standard or even excellent work performance that has contributed significantly to the state budget.

According to data from the National Development Planning Board (Bappenas) in 2019, the estimated total budget for infrastructure development in the period of 2020-2024 was US$447 million or Rp6,445 trillion, and 21 percent of them came from or supported by SOEs.

In the third quarter of 2021, the total assets of SOEs reached some US$610.5 million or Rp8,767 trillion, equivalent to some 57 percent of Indonesia’s GDP.

Moreover, in January – September 2021, the total consolidated revenues were closed at Rp1,613 trillion, or grew 14% compared to the same period in 2020.

One of the efforts to enhance state firms’ performances is through clustering and restructuring.

Clustering efforts have been accomplished by reducing the number of SOEs from 107 to 41, and sector clustering from 27 to 12, where two deputy ministers each oversee six clusters.

Currently, there are 12 sectors that 41 SOEs engage in: energy, oil, and gas; mineral and coal; insurance and pension funds services; plantations and forestry; and telecommunications and media.

On February 18, 2022, SOEs Minister Erick Thohir announced that he would again downsize the number of state-owned enterprises from 41 to 37 in the next two years.

In addition, he expressed his hope that the next SOEs Minister can complete the reducing program to only 30 state-owned enterprises. With a roadmap for a ten-year period, he has targeted to make the scope of state firms more manageable.

So far, the ministry has encouraged and carried out the SOEs transformation through reducing companies that are considered too large in number, and focusing on inefficient business sectors.

Under his leadership, the transformation is focused on human capital through replacing underperforming board of directors with better ones, so many state-owned enterprises can generate profits for the state.

According to Thohir, the SOEs Ministry distinguishes the strategy of the three pharmaceutical SOEs, where Bio Farma focuses on vaccines, Kimia Farma is focused on chemicals, and Indofarma on herbs. Indonesia has extraordinary potential in the herbal sector, but it has not been explored, so the SOEs Ministry had tried to re-map the path in developing it.

“We know that we import 90 percent of the raw material for medicines, and even medical devices. The COVID-19 pandemic has woken us up that we need to create a roadmap for Kimia Farma to focus on chemicals and Indofarma to be positioned on herbs,” he explained.

Thohir said that since health and energy are under the same SOEs ecosystem, a connection between sectors needs to be built.

On the other hand, oil and gas firm Pertamina has begun to build petrochemicals, and one of the derivatives of petrochemicals is to create paracetamol. If Pertamina is merged with a health state firm into one ecosystem, Indonesia would no longer need to import paracetamol.

The ministry also consolidated and launched the tourism holdings and its sub holdings into one cluster, consisting of airport operator Angkasa Pura I and Angkasa Pura II, as well as some aviation and hotel companies.

Thohir put together the infrastructure construction SOE and cement SOE into one cluster, as he viewed that the two need each other and are expected to synergize.

State-owned Bank Negara Indonesia (BNI) also announced that it relied on clustering to strengthen the distribution of smallholder business credits (KUR), as well as to help boost the productivity of Micro, Small, and Medium Enterprises (MSMEs) during the COVID-19 pandemic.

The clustering efforts began in 2020, as many state firms decided to be merged. Thohir also significantly increased the performance target of SOEs to double their outputs in 2024, especially on profits, which are projected to reach some US$20.8 billion or Rp300 trillion.

According to Purnomo, credit restructuring has resulted in more efficient and effective management of operational expenditures. In December 2021, the total profit of Himbara banks shot up to US$5 billion or Rp72.05 trillion, significantly increasing by 78.06 percent, compared to 2020 at US$2.8 billion or Rp40.34 trillion.

Thohir said each Himbara bank has a specific business focus, such as BRI prioritizes the MSME and ultra micro-segments, Mandiri is dedicated to enhancing the national corporates and entrepreneurs, BNI on international business, and BTN focuses to reduce backlog numbers and help people, including millennials, to make it easier to purchase a home.

“We hope that Himbara’s role can be more prominent and become the main national economic driver through enrichment in various segments that provides positive impacts for stakeholders and Indonesian society,” he said.

Fixing SOEs through the establishment of holdings is a task that must be carried out sustainably to yield powerful government-owned corporations that can compete on the international stage.