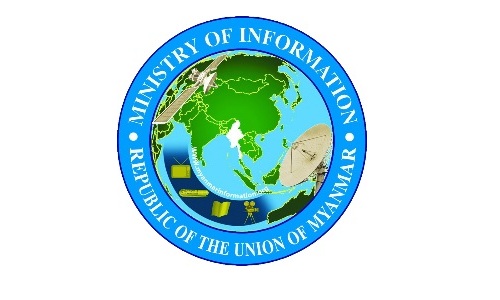 The Myanmar Government has agreed to accept the Thai baht as an official currency for settling border trade starting this month. Thailand is the second country after China to permit its national currency to be exchangeable with the Myanmar kyat for border trade activities.

Myanmar’s Minister of Information (MOI) Mr Maung Maung Ohn and Minister of Investments and Foreign Economic Relations (MIFER) Mr Aung Naing Oo said in a joint statement today that the kyat-baht initiative is a significant development as Thailand is Myanmar’s second largest trading partner after China. The Myanmar Government intends to initiate similar currency convertibility for the Indian rupee for trade along the border it shares with India.

The kyat-baht settlement arrangement was endorsed by an official notification and guidelines issued by the Central Bank earlier this month. All settlements will be conducted online as opposed to cash transactions previously.

Starting this month merchants along the Myanmar-Thai border who are registered with the Myanmar Economic Bank can conduct trade based on the kyat-baht exchange rate announced daily by the Central Bank of Myanmar.

“Myanmar’s immediate neighbours account for up to 70% of the country’s total trade volume. Direct non-dollar currency settlements will help to broaden and facilitate bilateral trade, flow of goods and other forms of payment and settlement with the respective countries.

“As Myanmar gradually adopts full bilateral currency swap arrangements with various countries, regional economic cooperation will also be strengthened. By reducing dependence on the US dollar, we will mitigate the risk of sudden exchange rate swings due to external geopolitical factors. Myanmar can also reduce physical money in circulation as more trade transactions migrate online. If we can succeed with such arrangements with our immediate neighbours, Myanmar can gradually reduce the dependence on the US dollar for up to 70% of Myanmar’s national trade volume,” the two Ministers added.

The currency arrangements will also help Myanmar reduce inflation caused by the rise of the U.S. dollar, while alleviating concerns of currency shortage within the country. The arrangements will also contribute to the economic recovery of the country which – despite rising energy prices – expects to record modest GDP growth in the current fiscal year ending October 2022.

The currency shortage and weaker kyat last year was stoked by economic sabotage by the opponents including so-called People’s Defensive Force (PDF) which tried to sow distrust in the local banking and financial system. Supported by foreign elements, the outlawed PDF also launched a terror campaign which caused the lives of many Government servants, security forces, and damage to public infrastructure.

The disturbances commenced after the 1 February 2021 Proclamation to declare a state of Emergency in Myanmar. Since the second half of 2021, the country has achieved national stability under the State Administration Council (SAC) which intends to call for a multi-party general election to be held by August 2023.

The Ministry will also update the significant efforts Myanmar is taking to develop the small and medium enterprises especially in the agriculture and manufacturing sectors through provision of credit and measures to facilitate the business environment despite the two major challenges.

“While the pressure on the financial system has eased and the kyat has stabilized due to policies implemented by the SAC, the Russia-Ukraine conflict has caused domestic energy prices to spike.

Due to the level of development of the country and recent crisis situations, Myanmar has probably faced more challenges than most other ASEAN members in the past year or so,” they said.

Minister Aung Naing Oo also said:
“Myanmar has made every effort to fulfill its obligations under the four pillars of the ASEAN Economic Community.

Myanmar is one of the earliest signatory states to deposit its instrument of ratification of the Regional Comprehensive Economic Partnership (RCEP) in accordance with the RCEP Agreement. However, Myanmar’s instrument of ratification has been politicised by some RCEP participating countries. Likewise, Myanmar’s ratification letter for Protocol to Implement the Tenth Package of Commitments under the ASEAN Framework Agreement on Services has also faced the same problem.

ASEAN’s approaches to creating a much stronger Southeast Asia, narrowing the development gap within ASEAN, and strengthening economic resilience cannot be fulfilled if Myanmar is excluded. This is not consistent with the ASEAN Charter. Myanmar believes that such actions can affect ASEAN’s centrality.

Whatever the challenges, Myanmar will actively continue to fulfill the commitments and obligations as an ASEAN member and as a responsible global citizen.”

Issued by Ministry of Information and Ministry of Investment and Foreign Economic Relations, Union Government of Myanmar.
For more information, please contact mediacontact@e-information.gov.mm or myintkyawmoi@gmail.com