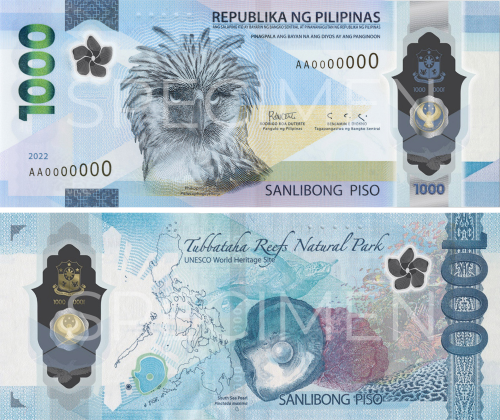 The Bangko Sentral ng Pilipinas (BSP), the central bank of the Philippines, has started the phased issuance of P1,000 polymer banknotes to banks, with the release of a limited quantity last week.

Prior to release, the BSP conducted technical briefings for bank personnel, machine suppliers, and cash-in-transit service providers to educate them on the design and security features of the polymer banknotes.

A total of 500 million pieces of polymer banknotes is expected to be circulated alongside the 1000-Piso paper banknotes by 2023. BSP Governor Benjamin E. Diokno has repeatedly stated that there will be no demonetization of currently circulating banknotes and coins during his term.​