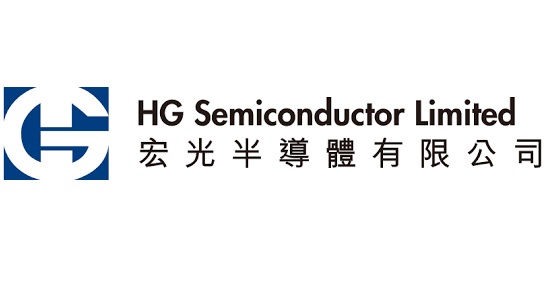 HG Semiconductor Limited (HG Semiconductor, together with its subsidiaries, the Group; HKG: 6908) is pleased to announce that the Group has recently started manufacturing its own 6-inch gallium nitride (GaN) power electronics epitaxial wafer (the Wafer). The successful manufacturing of the Wafer happens far earlier than the expected timetable and paves the way to the Group’s quick industrialisation and mass production of GaN third-generation conductors, which represents a major achievement of the Group’s business transformation into a supplier of third-generation semiconductor GaN, marking a milestone in the commercialisation of its third-generation semiconductor GaN business.

Leveraging its professional expertise, strong scientific team and research and development (“R&D”) capabilities in third-generation semiconductor GaN manufacturing, HG Semiconductor has been on its path of strategic transformation in recent years. The Group’s technical team has capitalised on their extensive experience to debug production facilities and technology in just three months, and successfully produced the Wafers that reach the high-yield standards of international manufacturers, and subsequently beginning sales of the Wafer. The Group expects to commence pilot production of chips in the second quarter of 2023, and commence mass production by early 2024. In addition, HG Semiconductor has also launched GaN-related fast charging products such as fast charging chargers since the second half of this year. The Group is of full confidence in the prospects of manufacturing and sales of GaN-related products.

In recent years, the development of the global semiconductor industry has undergone significant changes. With increasing uncertainty in the external environment, independence and self-control in developing the whole industrial chain is expected become the key development of the domestic semiconductor industry in the future. The report of the 20th National Congress of the Communist Party of China (CPC) also clearly pointed out that scientific and technological progress and professional talents are crucial to the future development of the country. The report implies that the Chinese government will invest a huge amount of financial resources in the technology industry, which in other words, that mainland China will increase its research expenditures on semiconductor technology and speed up the realisation of high-tech self-reliance. Alongside with the strong support from the Chinese national policies, the Hong Kong government will also allocate more resources in the R&D and manufacturing of third-generation semiconductors in the future. The Hong Kong Applied Science and Technology Research Institute (ASTRI) has proposed to invest additional resources to promote the development of national semiconductor industry, underlining the importance of the industry to regional economic development.

The management of the Group is confident in the development of its third-generation semiconductor business and believes that GaN has tremendous advantages in emerging applications such as new energy automotive industry. Currently, the Group’s epitaxial wafer products have now officially entered full-scale production, together with the strong execution capability and rich experience in mass production of the Group’s technical team, it is believed that the semiconductor chip business will gradually bear fruits. At earlier time, the Group formally entered into a shares subscription and warrants subscription agreement with Mr. Zhu Gongshan, the Founder, Chairman and Executive Director of GCL Technology Holdings Limited (Stock code: 3800.HK), and subsequently entered into a strategic cooperation framework agreement with GCL Group Limited, a discretionary trust of Mr. Zhu Gongshan and his family members as beneficiaries, under which both parties will cooperate closely in the application of GaN chips in the new energy sector and accelerate the deployment in the GaN industry chain. The management of the Group believes that the tremendous opportunities and market demand in the semiconductor industry will bring more opportunities to the Group. It is expected that the Group will embrace a high-growth period, striving to provide the best returns to its shareholders in the long run.