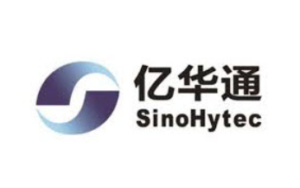 The leading provider of fuel cell systems in China – Beijing SinoHytec Co., Ltd. (SinoHytec or the Company, HKG: 2402), today announced the proposed listing of its shares on the Main Board of the Stock Exchange of Hong Kong Limited ( the Hong Kong Stock Exchange).

SinoHytec plans to offer an aggregate of 17,628,000 H shares under the Global Offering (subject to the Over-allotment Option), comprising an International Offering of 15,865,200 H shares (subject to Reallocation and the Over-allotment Option), representing 90% of the initial offer shares; and Hong Kong Public Offering of 1,762,800 H shares (subject to Reallocation), representing 10% of the initial offer shares), at a price range between HK$60 and HK$76 per Offer Share. The Hong Kong Public Offering will commence at 9 a.m., December 29, 2022 (Thursday), and close at 12:00 noon on January 5, 2023 (Thursday). Dealings in the shares of SinoHytec on the Main Board of the Hong Kong Stock Exchange is expected to commence on January 12, 2023 (Thursday), with the stock code 2402 and in board lots of 50 Offer Shares each.

As of December 20, 2022, the company’s fuel cell systems have powered over 2,800 fuel cell vehicles on the road in China. These vehicles had an average mileage of around 40,000 kilometers per vehicle, accumulating over 108.6 million kilometers and 2.3 million hours of operations, which built an industry leading record.

The Company adheres to a R&D principle of “Advance Research”, “Continuous Development” and “In-depth Promotion”. The key objectives of the Company R&D and product testing activities are to optimize and upgrade the company products’ adverse weather capabilities, durability, reliability, efficiency, safety and economy. As of June 30, 2022, the Company has establised an outstanding R&D team of 270 members. The Company also cooperated with leading research universities in China, such as Tsinghua University, to facilitate the development and commercialization of innovative fuel cell technologies so that the Company can respond to the fast-changing market demands.

The Company’s R&D team has progressively developed the 30kW, 40kW, 50kW, 60kW, 80kW, 100kW, 120kW and 150kW models of fuel cell systems over the years. In particular, the Company launched the 240kW high power output model in December 2021, which is the first automotive fuel cell system in China that can reach a rated power of 240kW.

After years of dedication, the Company built a comprehensive procurement system with local suppliers. During the Track Record Period, the Company has established a relatively stable long-term relationship with over 300 suppliers in China, providing parts such as MEA and air compressors. During the Track Record Period, the company had localized the supply of MEA and procured more raw materials from local suppliers each year.

Mr. Zhang Guoqiang, Chairman, Executive Director and General Manager of SinoHytec said, “Our mission is to leverage advanced hydrogen fuel cell technologies to contribute to China’s carbon emission peak and carbon neutralitygoal and empower global energy transition. We are committed to becoming a global leader in hydrogen fuel cell technologies for promoting a sustainable and low-carbon future. New energy vehicle development is strategically significant to China’s energy security and environmental protections. We intend to achieve this goal by implementing the following strategies: further advance the R&D of fuel cell systems and core components; expand the production capacity of fuel cell stacks to meet the growing market demand and achieve economies of scale; strategically expand our customer base and geographical coverage; expand and strengthen our supply chains; and improve our brand awareness and promote the application of fuel cell systems. We will grasp the opportunities arising in future trend and development of the industry, leverage on our competitive advantages to further consolidate SinoHytec’s market position, and create the greatest value for shareholders and investors.”

Use of Proceeds:
The Company estimates that it will receive net proceeds of approximately HK$1121.8 million from the Global Offering, after deducting the underwriting commissions, fees and estimated expenses payable by the Company in connection with the Global Offering, assuming that the Over-allotment Option is not exercised and assuming an Offer Price of HK$68 per Share (being the mid-point of the indicative Offer Price range). The Company intends to use the net proceeds for the following purposes: