NEW YORK – Global financial information and services firm Markit Ltd said the final reading of its Purchasing Managers Index for the US services sector expanded at its fastest pace in March since August.

The US services sector PMI increased to 59.2 in March from 57.1 in February, registering the highest level since August.

The final reading also overtook the flash reading of 58.6, Markit said in a report it released on Monday.

A PMI reading above 50 indicates an expansion in economic activity while a reading below 50 signals a contraction.

According to Markit’s report, employment at service companies went up to 54.0, from 52.7 in February. It was the highest reading since June.

In China, the country’s manufacturing business activity got back up a bit in March, according to a report that the country’s the National Bureau of Statistics and the China Federation of Logistics and Purchasing released on 1 April.

China’s manufacturing purchasing managers’ index or PMI, which is a vital gauge of factory activity in the nation, hit 50.1 in March. It was at 49.9 in February.

The March figure was slightly above market expectations and offers hope that the world’s second largest economy is gaining traction.

The improvement was due to the return to work following the New Year holiday, said Zhao Qinghe, NBS statistician. The sub-index for production rose to 52.1 from 51.4 in February.

The People’s Bank of China, the central bank, has cut benchmark interest rates twice since November and lowered the amount of funds banks must hold as reserves, freeing up cash for investment. – BusinessNewsAsia.com 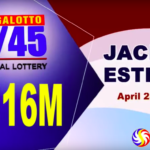