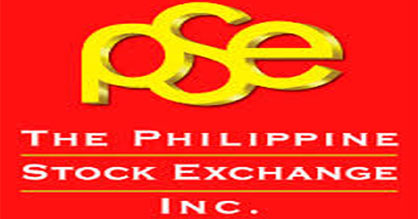 MANILA – The Philippine Stock Exchange index (PSEi) broke past the 8,100 level and registered a new all-time high on Tuesday as inflation eased to 2.4 percent in March.

Both levels surpassed the previous intraday high and record close posted yesterday at 8,062.79 and 8,053.74 respectively.

“Interest rates are expected to remain low with the benign inflation data released today which augurs well for the equities market. We hope to more see favorable developments in the coming months to help sustain the gains and attract more participation from investors,” PSE President and CEO Hans B. Sicat noted.

The PSEi has now had 26 record finishes since the start of the year. Year-to-date, the index has gained 12.0 percent.

Meanwhile, trading activity at the Philippine Stock Exchange (PSE) registered a 40.4 percent increase in the first three months of 2015 to Php641.59 billion from Php457.08 billion in the same period a year ago.

“We are pleased with the market participation we saw in the first quarter. Investors are really keen on being part of the Philippine growth story. We hope that upbeat corporate earnings and optimism over the local economy will continue to attract investors to our market,” said Sicat.

It also helped the main gauge register 23 record finishes in the first three months of the year.

The All Shares index, on the other hand, was higher by 6.9 percent. Meantime, four of the six sectors were up year-to-date.

The Financials sector rose 9.9 percent while the Industrial sector advanced by 7.1 percent. However, the Services and Mining and Oil sectors were both slightly lower, down by 1.2 percent and 2.1 percent respectively. – BusinessNewsAsia.com