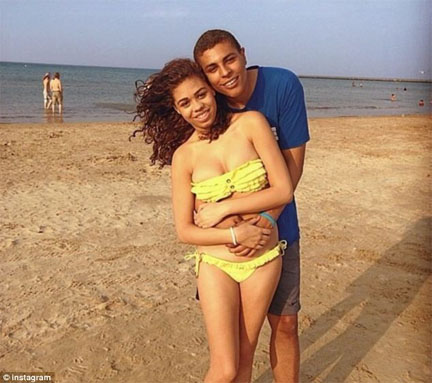 JAKARTA, INDONESIA – An Indonesian court has sentenced to 10 years and 18 years in prison an American couple, from the state of Chicago, for the murder of the convicted woman’s mother.

The penalty, however, was lower than the expected death penalty for the American couple.

The murder of Wiese-Mack shocked the public when it was reported in August 2014.

The American woman’s body was found in a suitcase that the couple placed in the trunk of a taxi at the St. Regis Bali Resort in Nusa Dua on 12 August. Witnesses said the three were arguing about the hotel bills.

The three were having their vacation during the murder. The couple was arrested the next day at the Risata Hotel Kuta were they were staying.

Court records showed that Schaefer had admitted to killing Mack’s mother because she had threatened to kill his unborn baby.

Schaefer told the court that Mack’s mother even strangled him for about half a minute. Schaefer struck Wiese-Mack in the head several times, causing her death.

Mack gave birth in prison in March, which helped her escape the death penalty as the judge said he took Mack’s status as a new mother into account when rendering the decision.

“We took into consideration that the defendant had just given birth and the baby needs attention and breast milk,” the judge said. – BusinessNewsAsia.com