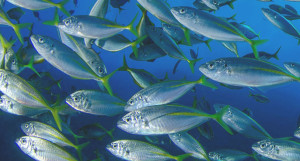 CEBU, PHILIPPINES – The Philippines has been removed from the list of countries that the European Union (EU) has threatened with a trade ban due to illegal, unreported, and unregulated (IUU) fishing, following reforms in the legal framework of the Fisheries Code.

Oceana welcomed the de-listing of the Philippines, which shows that the government has enough political will to reform the fishing industry.

“We congratulate the Philippine government’s efforts in complying with the conditions to lift the yellow card warning imposed by the EU. The yellow card was actually a positive development as it pushed government into action by amending the Fisheries Code to make it more relevant, more effective and be better deterrent against IUU fishing,” said lawyer Gloria Estenzo Ramos, Vice President for Oceana in the Philippines.

The European Union noted that the warning was lifted after the Philippines adopted legal measures to combat illegal fishing. South Korea, another EU fish exporter, is also off the list.

“The decision to stop the procedure vis-à-vis of Korea and Philippines is explained by the constructive cooperation shown by the two countries, which have made significant structural reforms in their fisheries management systems with the help of the Commission. For instance they have developed new legislation and improved their monitoring, control and inspection set-ups and revamped their traceability systems,” the EU said in a statement.

According to EU, the global value of IUU fishing is estimated at eight to 19 billion euros per year.

Between 11 and 26 million tons of fish are caught illegally each year, which corresponds to at least 15 percent of world catch.

In June 2014, EU threatened to ban fish imports from the Philippines in what is known as a yellow-card warning. This could lead to trade sanctions, or a red card, if the government fails to take any action against IUU fishing.

In December, Congress passed the amendments to RA 8550, the Philippine Fisheries Code through RA 10654, which imposed higher penalties against violations of the fisheries law and instituted a vessel monitoring system, among several reforms. The amendments lapsed into law in February this year.

The implementing rules and regulations (IRR) to RA 10654 is currently drafted by BFAR.

Oceana reminded the government to fulfill its promise to adopt more substantive reforms that will result to increased fish stocks and benefit artisanal fishers, including clear guidelines on coastal settlements, and strengthening of fisheries councils.

“We hope that government does not become complacent because the yellow card status was lifted. We have to make sure that the IRR lives up to the substance of the amendments to the Fisheries Code. There is also a need for government to continue funding its efforts in terms of monitoring both commercial and municipal fisheries, and equally as important, to make sure that it will steadfastly enforce the fisheries law” Ramos said. – BusinessNewsAsia.com

Lotto Results Business News Asia - January 17, 2021
Ultra Lotto 6/58 has the biggest initial jackpot in all of the games of Philippine Charity Sweepstakes Office (PCSO) at P133 million (net of...