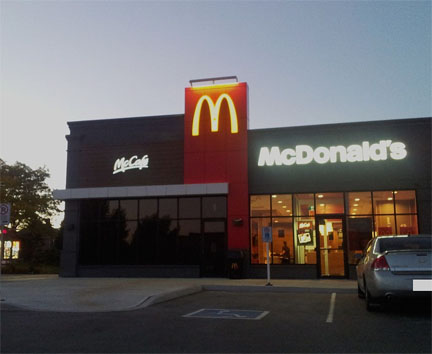 The world’s largest chain of hamburger fast food restaurants, McDonald’s, announced that it will close about 700 stores around the world this year to turn around global sales declines.

Details of the planned store closures were not immediately disclosed but CEO Steve Easterbrook was quoted by the Associated Press as saying that the company will announce initial details of the plan by 4 May.

“I think there is a hunger and an interest in our business to embrace change,” Easterbrook said.

Analysts said shutting down a number of stores around the world will help McDonald’s turn around sales declines. In the first quarter of the year, the company posted a 2.3 percent decline in global sales at established locations.

Sales in the US during the said period also dropped 2.6% as an increasing number of Americans prefer food shops that offer wholesome food.

Competition brought about by food chains that market their products as wholesome and healthier is causing a headache for McDonald’s executives.

While McDonald’s posted sales decline in the US, another chain announced that its sales went up 10.4 percent in the first three months of this year.

McDonald’s serves around 68 million customers daily in 119 countries across 35,000 outlets.

In March 2015, McDonald’s workers in 19 cities filed 28 health and safety complaints with OSHA which allege that low staffing, lack of protective gear, poor training and pressure to work fast has resulted in injuries.

The complaints also allege that, because of a lack of first aid supplies, workers were told by management to treat burn injuries with condiments such as mayonnaise and mustard. – BusinessNewsAsia.com