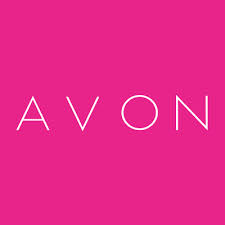 USA – Avon Products, the 129-year-old cosmetics empire that directly sells beauty products, seemed to have lost its appeal a little bit in the first quarter of this year after reporting revenue drop of 18 percent.

Among the reasons cited for the first-quarter revenue fall are the strong dollar and the continued struggles in the North American segment, the Wall Street Journal reported.

But Chief Executive Sheri McCoy said the revenue result for the first three months of the year was inline with Avon’s expectations.

“Overall, the first quarter was in line with our expectations despite currency pressures that were greater than anticipated. Continuing on the momentum we saw in the second half of 2014, I’m encouraged to see improvement in our Active Representative trends and constant-dollar revenue growth in the majority of our top markets,” said Sheri McCoy, Chief Executive Officer of Avon Products, Inc.

Avon’s home sales recorded the highest drop at 19 percent in the March quarter, while its beauty segment posted revenue fall of 17 percent.

In terms of sales by region, Asia Pacific turned out to be a bright spot for the company as sales only dropped 1 percent. Sales in the North America fell 18 percent while Latin America posted sales drop of 22 percent.

In the EMEA region, Avon posted sales drop of 16 percent.

Its revenue also dropped to US$1.79 billion from US$2.18 billion, but rose 1 percent in constant dollars.

“Despite continued foreign exchange pressure, I’m really impressed with how well our teams in market are managing in this volatile environment. This is a payoff for the work we’ve done over the past two years on strengthening our talent and improving core processes,” McCoy said.

Avon has been struggling with the global sales falling for 5 straight years and North American revenues dropping by 18 percent last year. – BusinessNewsAsia.com