MALAYSIA – Sales of Islamic bonds, also known as sukuk, in Malaysia hit its highest in 16 months in April at USD3.1 billion, figures compiled by Bloomberg showed.

In another sign that confidence is returning to Malaysia, the world’s biggest sukuk market, Islamic bond issuance was registered at MYR11 billion (USD3.1 billion), a 24 percent rise from the issuance recorded in March. 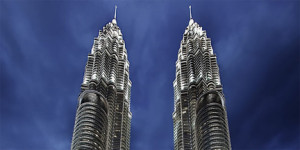 Malaysia’s third-biggest arranger of Islamic notes, AmInvestment Bank projected that local sukuk sales in the country will continue to gain momentum this year.

AmInvestment Bank said local sukuk sales this year is forecast to even surpass last year’s MYR66.1 billion total because several development projects are expected to move ahead in 2015.

AmInvestment made its estimate based on the announcement of Malaysian Prime Minister Najib Razak that projects worth MYR75 billion will be started within this year.

The Bloomberg data also showed that Islamic debt sales in Malaysia dropped 11 percent to MYR22.7 billion in 2015 while offerings of international notes that pay returns on assets to comply with the religion’s ban on interest climbed 16 percent to USD7.7 billion – BusinessNewsAsia.com