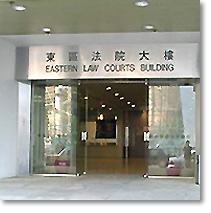 Sze was sentenced to one month’s imprisonment suspended for two years, while Hong Kong Game Theory was fined $7,000.

The SFC alleged that, between July and August 2010, Sze ran courses via Hong Kong Game Theory on trading in Hang Seng Index futures contracts in which real time investment advice was provided to attendees as to when and at what price to trade the futures contracts.

This constituted advising on futures contracts, a regulated activity under the Securities and Futures Ordinance, but both Hong Kong Game Theory and Sze were not licensed to do so.

Hong Kong Game Theory and Sze were acquitted of another two counts of unlicensed dealing in securities as the Magistrate gave the defendants the benefit of the doubt that Sze and the investor involved might have worked as partners in trading the stock options concerned.

The SFC reminds investors not to deal with unlicensed firms or people in order to protect their own interests. Investors can visit the SFC website (www.sfc.hk) to check whether a firm or person is licensed. – BusinessNewsAsia.com