Philippine stocks traded at the Philippine Stock Exchange (PSEi) declined by 88.67 points, or -1.26 percent, on Wednesday’s trading, ending the day at 6,924.77 points.

All of the sectors were in the red, with Mining and Oil posting the sharpest decline at 3.28 percent. Stocks that declined outnumbered advances, 112 to 64, while 45 stocks were unchanged.

Of the 30 blue chips traded at the Philippine Stock Exchange, six stocks managed to post gains while 22 others declined and two remained unchanged. 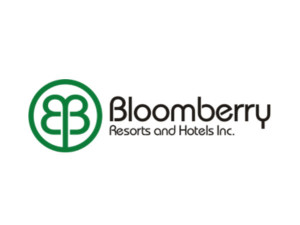 Bloomberry Resorts Corporation (PSE:BLOOM) topped today’s blue chips as it gained 1.55 percent to close at Php5.91, its highest so far for this week.

GT Capital Holdings, Inc. (PSE:GTCAP) also managed to stay in the green Wednesday, gaining 0.53 percent to trade at Php1,337 at the close.

Jollibee Foods Corporation (PSE:JFC), which earlier announced buying a 40-percent stake in Us burger chain SmashBurger, was also up 0.50 percent on Wednesday to trade at Php203 a share.

Universal Robina Corporation (PSE:URC) and DMCI Holdings Inc (PSE:DMC) ended the day slightly higher after both stocks gained 0.16 percent, trading at Php191.3 and Php12.82 per share at the close, respectively.

Top loser among the blue chips was Semirara Mining and Power Corporation (PSE:SCC), which declined 3.82 percent to close at Php133.6 a share.

Semirara’s stock was not buoyed by news that the company has been named a finalist in the Platts Global Energy Awards, an annual program recognizing exemplary industry leadership and innovation.