PHILIPPINES – Sta. Lucia Land, Inc. (PSE:SLI), one of the prime real estate developers in the Philippines, received an “AA+” issuer rating, with a stable outlook, from the Credit Rating and Investors Services Philippines Inc. (CRISP).

In a letter addressed to Sta. Lucia Land Inc., CRISP said the publicly-listed company has been assigned an “AA+” rating based on the following factors – solid 40-year track record, well established brand recognition as a property developer, and low debt burden.

CRISP also assigned a stable outlook on Sta. Lucia as it is expected to maintain its sales and revenue trajectory in a competitive but stable property development market. 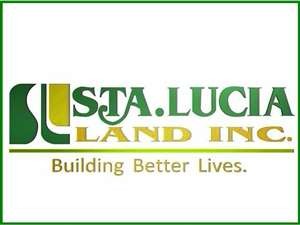 “Although CRISP expects that the election year in 2016 may produce a lot of political noise that could prompt a few buyers to temporarily defer their home purchases, CRISP also anticipates a smooth political transition of the Philippine national leadership that will immediately dissipate the uncertainties among the homebuyers,” CRISP said.

CRISP notes SLI’s currently low level of cash relative to its working capital requirements. CRISP has also noted SLI’s longstanding relationship with its suppliers that have accorded the company a generous suppliers’ credit arrangement that has worked as a stable source of credit for SLI for many years.

“Overall, CRISP is confident that given the solid and reputable performance by SLI in the property development sector would enable the company to pay its debt with relatively small risk and maximum loss recovery up to the full amount,” CRISP said.