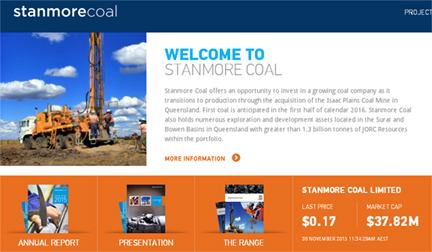 AUSTRALIA – The Board of Stanmore Coal Ltd (ASX:SMR) has announced that the company has completed the acquisition of the Isaac Plains Coal Mine from Val S.A. and Sumitomo Corporation.

“By satisfying transaction completion for the acquisition of Isaac Plains, Stanmore is on track to deliver on its strategy to become a coal producer in the first half of calendar 2016,” Managing Director Nick Jorss said in a disclosure to the Australian Securities Exchange.

He added that the tender process for the role of principal mining contractor is well advanced, with award anticipated prior to the end of the calendar year.

“Stanmore has also commenced major maintenance and recommissioning work for the dragline and coal handling and process plant. This work is planned to bring key infrastructure assets to a high operational state, ready for first coal,” Jorrs stated. 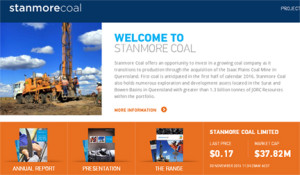 Stanmore Coal Limited is an Australia-based company engaged in exploring and developing thermal and metallurgical coal deposits within the coal bearing regions of Eastern Australia. The Company’s projects include Isaac Plains, Belview, Clifford, The Range, Lilyvale, Mackenzie and Tennyson. –