The 10th International ICT Awards, which will be held at the Marriott Grand Ballroom in Pasay City on March 22 will honor top business process outsourcing (BPO) executives and companies in the Philippines. 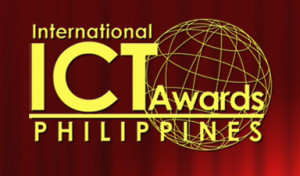 The ICT Awards, which was launched in 2007 by the Canadian Chamber of Commerce in cooperation with the IT and Business Process Association of the Philippines (IBPAP), seeks to showcase the achievements of the Philippines as one of the world’s fastest growing IT-BPO destinations in the world.

The 10th International ICT Awards in March will be the largest event so far, according to the Canadian Chamber of Commerce.

During the ICT Awards will also continue to assist next wave cities to in showcasing their areas to potential ICT companies that are looking to expand.

The ICT Gala Awards night in March 2015 was attended by more than four hundred industry leaders from the ICT and other business sectors in the Philippines as well as from overseas.

IBPAP President & CEO Jomari Mercado added that, “The 2016 ICT Awards event will include an exciting new category with online voting for the Best Team Leader in the BPO industry. This award will recognize the key role that front line workers play in making the industry so successful in the Philippines. The enhanced ICT Awards includes emphasis on Filipino-owned companies as well as companies being established outside the National Capital Region (NCR).”

The ICT Awards Categories for 2016 include:

Individual Contributor of the Year
Hall of Fame

Lotto Results Business News Asia - January 17, 2021
Ultra Lotto 6/58 has the biggest initial jackpot in all of the games of Philippine Charity Sweepstakes Office (PCSO) at P133 million (net of...