A China-led consortium of investors has reportedly acquired the Chicago Stock Exchange (CHX), one of the oldest stock exchanges in the United States, for a still undisclosed amount, although sources said the value of CHX could be less than US$100 million. 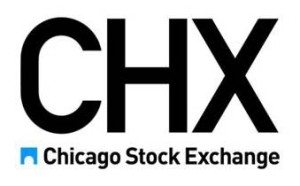 In an interview with Reuters, John Kerin, CEO and Chairman of the 134-year-old stock exchange, confirmed the acquisition by the consortium of investors led by Chongqing-headquartered Casin Enterprise Group but he stressed that the group will allow CHX to continue executing its strategy.

“They like our strategy, and they want us to continue to execute on it,” Kerin told Reuters in an interview.

CHX currently handles about 0.5 percent of the average daily trading volume in the US and the Chinese-led investor group is reportedly planning to eventually list Chinese companies on it.

The investor group also intends to preserve CHX’s current business operations and proprietary trading platform and Kerin will remain as CEO and chairman.

The deal, which is expected to close in the second half of this year, marks the first purchase of a US exchange by investors from China, according to the China Daily report.

The transaction, however, will have to pass the scrutiny of the Committee on Foreign Investment in the United States (CFIUS), which has jurisdiction to examine an acquisition of US business that will result in foreign control.

Analysts, however, said the deal could pass the scrutiny of CFIUS considering that the amount involved is not huge and that the CHX is just a small player in the US stock market.

In a statement, Casin Group Founder and Chairman Shengju Lu said the group has reviewed CHX’s plans to improve market share through new growth initiatives and fully support them.

“Together, we have a unique opportunity to help develop financial markets in China over the longer term and to bring exciting Chinese growth companies to US investors,” Lu said. – BusinessNewsAsia.com