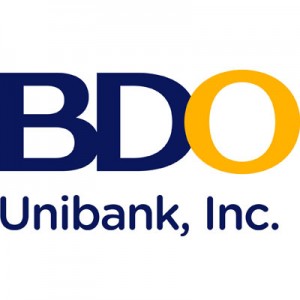 BDO Unibank Inc, a full-service universal bank which provides a wide range of corporate and retail banking services in the Philippines posted a record high of P25 billion (US$535 million) net income in 2015, the bank has announced.

The BDO Unibank’s outstanding performance was attributed to the solid expansion across all business segments and the contribution of One Network Bank (ONB), which was acquired in July last year.

BDO is also undertaking other strategic initiatives to further accelerate its penetration into new markets. The Bank acquired full ownership of the life insurance business of Generali Pilipinas Holdings Company (pending regulatory approval) as well as established a joint venture with Nomura Holdings for an online stock-trading platform.

For the first quarter of 2016, the Bank posted a net income of P5.5 billion as core lending, deposit-taking and fee-generating businesses delivered solid numbers.

Net Interest Income went up by 17% to P15.5 billion supported by the 15% jump in customer loans to P1.3 trillion and a 14% growth in deposits to P1.7 trillion, driven by the 23% increase in low-cost deposits.

Fee-based income from payments, transaction banking and asset management services increased by 11% to P4.8 billion. However, trading and foreign exchange gains were lower at P1.5 billion vs. P3.4 billion in the comparative period in 2015 due to less favorable market conditions.

The BDO’s NPL ratio settled at 1.3% while NPL cover stood at 163% with the bank setting aside P827 million in provisions for the quarter.

With a capital base of P204 billion, the Bank’s Capital Adequacy Ratio (CAR), Tier 1 Capital ratio and Common Equity Tier 1 (CET1) were at 13.4%, 11.8% and 11.4%, respectively, all above the current regulatory minimum levels under the Basel III framework.

The bank earlier this year declared and paid P0.30 per share cash dividend on common shares for the first quarter of 2016. The Bank likewise disclosed its earnings guidance of
P26.0 billion for the full-year 2016 as it expects its Treasury income to normalize this year. – BusinessNewsAsia.com