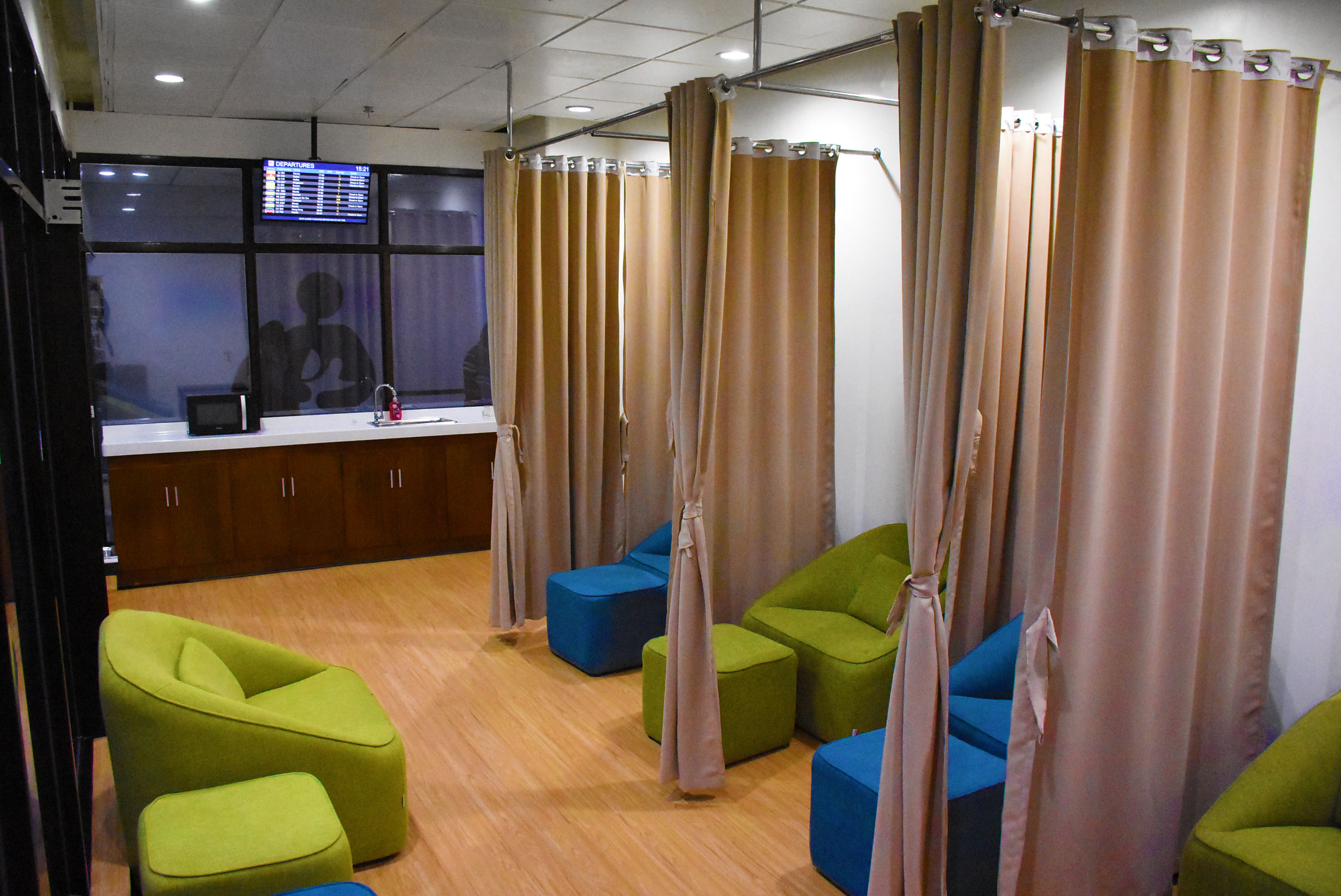 MACTAN, Cebu – In its thrust to become the world’s friendliest airport, GMR MEGAWIDE Cebu Airport Corp (GMCAC) announced the opening of the Breastfeeding Room at the Mactan-Cebu International Airport (MCIA).

The room, permanently located right after the Final Security Check at the Departures level, caters to the nursing needs of traveling mothers for both domestic and international passengers.

The room features four private nursing cubicles complete with a couch and a foot stool on each cubicle; a sink; two baby changing tables with side tables each; a microwave; and a push-button sliding door for ease and comfort.

“The opening of our Breastfeeding Room is our way of giving importance and convenience to the needs of our traveling mothers. This is also in compliance with the law mandating the establishment of breastfeeding stations in airports nationwide,” said Estee Marie P. Plunket, GMCAC Head of Corporate Affairs.

Republic Act 10028 or the Expanded Breastfeeding Promotion Act of 2009, which requires the establishment of lactation stations in all health and non-health facilities, institutions and establishments.

Meanwhile, GMCAC stands firm on its mandate to provide women-responsive and children-friendly facilities.

For instance, the company is installing a cubicle for children inside the newly renovated washrooms complete with a children’s urinal and toilet.

GMCAC is targeting to develop MCIA, the country’s second busiest gateway, into one of the country’s next travel and lifestyle destination pouring more investments for commercial and retail projects.

Recently, the consortium opened additional retail and F&B outlets to expand the dining and shopping options for passengers and stakeholders.

“The entry of more shopping and food options for passengers is a testament of GMCAC’s commitment to provide more selections for our passengers. The retail environment inside the airport is getting to be more exciting in the coming months,” Louie Ferrer, GMCAC President earlier said.

Ferrer said the retail segment in the airport plays a significant role in the airport’s brand image, being firmly tied to “Cebu’s much-envied global reputation as a resort destination”.

Last year, GMCAC has started work on MCIA’s Terminal 2 to boost the airport’s passenger carrying capacity to 12.5 to 13 million a year from the current 4.5 million by October 2018. – BusinessNewsAsia.com