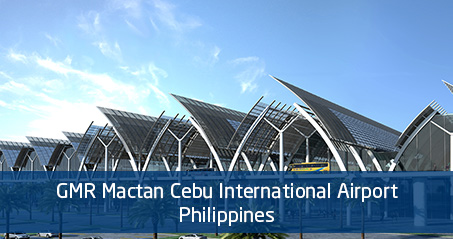 This March 28, Xiamen Airlines of China is launching a route between Cebu and Xiamen of Fujian province in China.

Three round-trip flights will be scheduled each week. The plane will leave Xiamen at 9am on Mondays, Wednesdays and Saturdays, arrive in Cebu at 11:55 am, and return to Xiamen one hour later.

It will be utilizing a Boeing 737 aircraft with a 170-seat capacity.

Meanwhile, Taiwan-based EVA Airways will likewise inaugurate this March 27 the Cebu-Taipei-Cebu flight. An Airbus 321 aircraft will be operating this route on a daily basis.

This is EVA Air’s second Philippine destination after flying Manila daily.
“It’s a very exciting time for MCIA- we’re growing our capabilities as a gateway to one of the country’s most competitive regions,” said GMCAC President Louie Ferrer.

Before the month ends, GMCAC will be launching a Cebu-Dubai flight through Emirates.

Last March 15, the direct flight to Los Angeles from Cebu by flag carrier Philippine Airlines (PAL) marked the first US connection out of MCIA.

The improved connectivity is expected to boost the trade and tourism links of Cebu.

“Providing airline and route innovations for the travelling public are keystones of MCIA’s transformation,” Ferrer said adding that many of these flights are a first for Cebu, which will draw inbound tourism and give strong support for export services.

Srinivas Bommidala, Chairman of the GMCAC Board commented that the pursuit of such new and diverse routes for Cebu was supported by detailed economic analysis to ensure the long term sustainability as well as economic and social benefits for passengers and businesses.

Andrew Harrison, GMCAC Chief Executive Advisor noted that the improvements of facilities at MCIA play a big part in attracting airlines with multiple products such as economy and business class, thereby offering travelers more choice in their travel product. Examples of the terminal improvements include the new CIP Lounge operated by Plaza Premium, which airlines with a business class product require.

MCIA is the second busiest airport in the Philippines with the capacity to handle 4.5 million passengers a year and will soon surge to 12.5 million when the new terminal be unveiled by June 2018 to accommodate the continually increasing passenger traffic. – BusinessNewsAsia.com