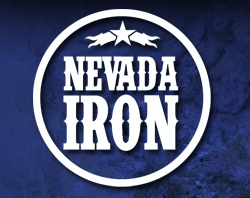 Nevada Iron Ltd (Nevada or the Company) is pleased to announce the signing of a Heads of Agreement for the acquisition of the SportsHero (sportshero.mobi), Asia’s first real-time fantasy sports app and social prediction platform.

SPA has $0.7m in cash, no liabilities and following the investment of US$0.5 million into SPS will be the beneficial owner 16.67% of SPS and has an option to acquire a further 23.33% of SPS through the placement of SPS shares on or before 31 December 2016 to raise not less than US$1.9 million.

In addition, SPA has a further option to acquire an additional 60% of SPS (ie 100% ownership), by no later than 31 December 2018, for a consideration of US$10.8m to be satisfied by the issue of up to 100 million post Consolidation Nevada shares.

Should SPA acquire 100% of SPS, then an additional 40 million post Consolidation Nevada shares will be issued to the nominees of SPS.

“The transaction provides Nevada with a viable funding route to achieve shareholder value and with the proposed transaction structure that caps the maximum dilution to existing shareholders,” said Nevada Chairman, Mick McMullen.

SportsHero is the new incarnation of FootballHero, which already has over 250 thousand users who will migrate over to SportsHero. The app has an average engagement time of approximately 10 minutes per user each day.

SportsHero allows sports fans to make better predictions on the outcomes of games by harnessing the power of all the other sports fans in its social community with validated prediction results and social sentiment.

Sports included in the app at launch are football (soccer), tennis, basketball, cricket and baseball. Particular emphasis will be placed on local leagues and local teams, with a view to building the overall sporting ecosystem in each market.

SportsHero’s Growth to be Driven by Sports Prediction, eSports

SportsHero is also a social competition platform where top ranked fans stand to win daily, weekly and monthly prizes. Fans can interact with fellow sports fans on the SportsHero network in a number of ways to make any game more interesting and engaging.

Brands can tap SportsHero to engage its user base, opening official accounts with sponsored content. The app will also feature in-app virtual currency, available via SportsHero Points and Golden Tickets, exchangeable for merchandise, event tickets and other items on the SportsHero website (sportshero.mobi).

“We have seen very promising success with TradeHero in gamifying financial learning and stock trading, driven by community engagement. There’s a very strong correlation between finance and sports – we saw the opportunity to replicate this success with SportsHero, tapping into the fast growing Asian and global eSports markets. The vision is to be the number one social network dedicated to sports in the world. We will do this by helping fans and brands monetize their passion for sports, using SportsHero,” Dinesh Bhatia, CEO and Co-founder of SportsHero, said.

SportsHero’s growth will be driven by the fast-growth of sports prediction and eSports, rising mobile penetration, as well as the increasing prevalence of a sporting culture, particularly across Asia.

Over the next 12 to 18 months, SportsHero plans to roll out support for additional sports including table tennis and badminton.

The app will continue to be focused on making more people enjoy games, matches and competitions by getting more involved in predicting the outcome based on social sentiment on the platform, as well as personal sentiment – all within a fun and engaging environment. – BusinessNewsAsia.com