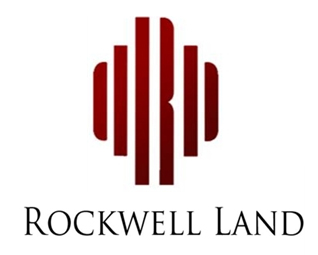 Listed property developer Rockwell Land Corporation (PSE: ROCK) unveiled the planned developments of Aruga Hotels, a collection of luxury resort hotels to be built within Rockwell Center and on Mactan Island, Cebu, as the developer continues to expand its hotel and leisure business amid the upbeat tourism growth prospects of the country.

The announcement comes days after the developer announced a P342 million net income during the first three months of the year with its hotel operations generating revenues of P90 million, 42 percent higher from last year’s P64 million.

Nestor J. Padilla, President and Chief Executive Officer of Rockwell Land said the company looks forward to the development of the new properties under the Aruga brand as Rockwell continues to meet projected milestones in its hotel and leisure portfolio.

Rockwell announced the construction of Aruga Hotel, the first urban resort-themed hotel in Makati. It will feature a 1,400-seater ballroom, specialty restaurants, a fitness gym, an executive lounge, and meeting rooms.

The 280-room boutique hotel is expected to be completed by the first half of 2019. Its appealing proposition for affluent travelers will provide guests with a fresh, modern aesthetic, infused with its proximity to central business districts and high-end malls.

Meanwhile, Rockwell Land envisages another 300-room resort in Mactan, Cebu which will feature sky suites on its upper floors with panoramic views of the 250 meter beachfront. The resort will also have private villas which will give guests direct access to the beach.

Set on eleven acres facing Hilutungaan Channel and 10 km from the Mactan-Cebu International Airport, the hotel is slated to start construction in the third quarter of 2017. Its expected mix of retail, restaurants, and hotel amenities will create a destination that is environment-friendly and attractive to both local and foreign visitors.

A collection of local, regional, and internationally recognized restaurants will contribute significantly to creating the ambiance and appeal of the new Rockwell venture.
“The strong interest from our roster of investors and partners to roll out new ventures outside Metro Manila is evidence of not only the strength of Rockwell’s hotel and leisure business but also reflects our collective vision to develop prime tourist locations like Mactan Island as the country experiences a tourism renaissance,” Padilla said.

The company’s revenues from the condominium sales amounted to P6.2 billion while its commercial development business posted P2.1 billion in revenues, 59 percent higher compared to P1.4 billion year-on-year mainly due to the sale of 8 Rockwell office units.

Hotel operations revenue under the Aruga brand grew from 1 to 3 percent and remained robust with P260 million worth of revenues, 189 percent higher compared to P90 million in the prior-year.

The development of the Rockwell Mactan is expected to generate some P300-400 million annually upon the completion of the project. – BusinessNewsAsia.com