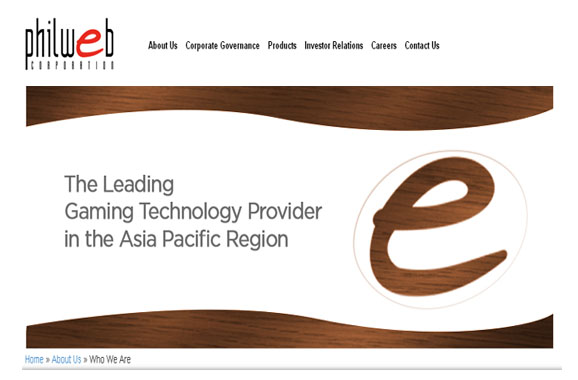 PHILIPPINES – A day after the Philippine government has rejected an offer from businessman Roberto Ongpin to donate 49% of his shares in Philweb to the Philippine Amusement and Gaming Corp (Pagcor), Ongpin today made another donation attempt.

This time, Ongpin amended his donation so that his P20-billion (USD431 million) shares in PhilWeb can be used exclusively for the establishment of a nationwide network of drug rehabilitation centers.

Ongpin also pointed out that the correct valuation of his donation is closer to P20 billion and not P4 billion or P5 billion estimated by the media.

“PhilWeb had a market capitalization of P40 billion and therefore half of it is worth at least P20 billion. This the amount which I am personally sacrificing and donating to PAGCOR in the attempt to save jobs and investment losses for innocent employees and e-Games operators,” Ongpin said in a letter addressed to PAGCOR CEO Andrea Domingo.

The offer is one final attempt at not only saving the livelihood of some 6,000 individuals and their families but also to make use of my donation which has now been rejected by PAGCOR – Ongpin

According to Ongping, his amended donation can be implemented in several ways such as for PAGCOR to accept the donation and after an appropriate period when the true values of PhilWeb have been restored, auction it off.

A drug rehabilitation agency could be created to which the donation could be funneled. It should be managed both by the government and the private sector to ensure the effective use of the donated funds.

“This may, however, take time as it may require legislation although I personally believe that it could be accomplished by a presidential executive order,” he said.

Ongpin added that some months before the PhilWeb license was to expire, PhilWeb had engaged in a serious study of drug rehabilitation centers and how many other countries in the world such as in the US and Europe were addressing this need.

“I am a firm believer in the President’s drive against the drug menace. And as he has pointed out, the elimination of drug lords and drug pushers will not succeed unless this is complemented by an effective drug rehabilitation program,” he stressed.

“I hope that I will be forgiven for this one last attempt. It is a sincere attempt and no benefit whatsoever will accrue to me since I have alraedy committed to donate all my shares,” Ongpin added. – BusinessNewsAsia.com