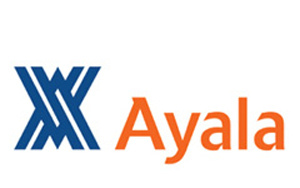 PHILIPPINES – The Ayala group is increasing its capital expenditures this year by 13 percent to ₱185 billion, primarily to support the growth strategies of its real estate, telecommunications, and water units and ramp up its emerging businesses in power, industrial technologies, healthcare, and education.

Here are quick facts about the group’s increased capital expenditure for this year:

Bulk of Capex will be for Ayala Land

A large portion of this amount was from Ayala Land, which has set aside ₱88 billion mainly to bankroll the completion of its residential, office for sale and leasing projects.

Furthermore, a significant driver of the conglomerate’s capital spending plan this year was Globe Telecom, which has allocated ₱37.5 billion to drive its data network infrastructure upgrades, including expenditures for deployments of LTE mobile and home broadband, expansion of network capacities and coverage, and enhancement of corporate data services.

At the parent level, the group will deploy ₱21 billion in capital spending, mainly to support the expansion plans of its power unit, AC Energy.

Meanwhile, Manila Water has budgeted ₱20 billion to support its initiatives in the Manila Concession as well as its expansion plans outside Metro Manila.

The rest of the group’s capital expenditures will be deployed across AC Industrials, Bank of the Philippine Islands, AC Health, and AC Education.

“While we remain mindful of macroeconomic indicators that may affect the overall business landscape, our business units continue to perform well and carry out their
strategic direction for 2020,” Mr. Zobel noted.

Last year, the group announced its target to double its net income to ₱50 billion by 2020 anchored on strong growth projections in its core businesses in real estate, banking, telecommunications, and water as well as emerging businesses in power and industrial technologies. – BusinessNewsAsia.com