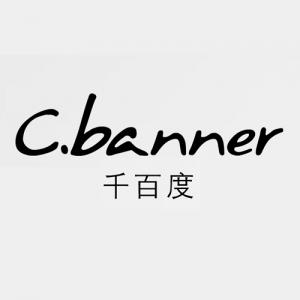 The year of 2016 was a challenging year for the footwear industry mainly due to stagnant global economic growth coupled with weak growth and subdued inflation rate of major advanced economies.

However, with C.banner’s strong presence in the footwear business in China, the company is well positioned to benefit from the continuous stable economic growth of China and a wide range of initiatives and policies taken by the Chinese government, such as “Supply-side Structural Reform”.

During the year under review, the hroup’s total revenue increased by 5.3% to RMB3,206.6 million, compared to the same period of last year. Gross profit increased by 3.9% to RMB1,935.7 million and the gross profit margin was 60.4%. Profit before taxation was RMB278.7 million. Net profit for the year was RMB205.4 million. Net profit attributable to equity holders was approximately RMB206.3 million. Both basic and diluted earnings per share were RMB10.01.

“In 2016, the Group on the one hand, ride on China’s wave of growth in the footwear industry, while on the other hand, pursue global expansion through Hamleys, which is one of the largest toys retailers in the world,” said Chen Yixi, Chairman of C.banner.

Despite a multitude of challenges such as adverse operating conditions, fierce market competition and shift of consumption behavior to e-commerce, C.banner launched two women’s footwear brands, including famous “Badgley Mischka” brand, to further diversify the brand portfolio and to offer high quality products with differentiated and unique features, making the company stand out in the domestic footwear market characterized by a high degree of homogeneity.

Although the footwear industry is confronted with huge challenges, as a fast-growing company which has set its sights on developing into one of the leading global retail brands, the group has commenced the global branding strategy through the acquisition of British high-end toy retailer Hamleys to enter into the huge potential toy market.

“The move helps to diversify the group’s business operations and enrich the brand portfolio, which aims to develop the group into an international retail group and an innovative integrated retail platform,” Chen said.

In terms of the footwear retail business, C.banner has far-reaching shoes retail networks. During the year under review, the Group’s revenue from retail and wholesale of shoes was RMB2,332.5 million, accounting for approximately 72.7% of the total revenue.

Currently, the Group has an extensive shoes retail network covering the majority of first, second and third tier cities with bright sales prospects. The group’s self-developed and licensed brands are primarily distributed through a broad network of proprietary retail outlets in department stores and it also sells its self-developed brands through authorized distributors.

As of 31 December 2016, the Group oversaw a network of 1,697 proprietary retail outlets and 417 third-party retail outlets across China, maintaining a strong presence in over 31 provinces, municipalities and autonomous regions.

The group proactively innovates in the sales channel and mode, establishing a seamless online and offline sales system, successfully built a new factory store mode and is trying to build a new shopping mall store mode.

The goal of the group is to enhance same store sales growth of each offline store and actively promote online sales and enhance the cooperation with retailers such as department stores, shopping malls and outlets to increase market share. The group also strives to improve inventory level through rational discounting policy and more attractive promotions through both online and offline platform.

In terms of the global branding strategy, the group has made a rapidly global expansion by acquiring Hamleys, one of the most respected toy retailers in the world, which has injected strong impetus into the group’s growth and helped to diversify business operations and enrich brand portfolio.

As of 31 December 2016, Hamleys operated an aggregate of 32 proprietary stores and 73 franchised stores across the global. The first Hamleys China flagship store was successfully opened in Nanjing in October 2016 , and started to contribute revenue, providing parents and children with diversified product portfolio and unique in-store shopping experience.

During the year under review, revenue from retail of toys amounted to RMB624.8 million. Looking into the future, by leveraging C.banner’s retail expertise in China and its long-term cooperation with retail channels, the group could rapidly expand the Hamleys business in China through the shared retail platform.

C.banner firmly grasps the opportunity of the second-child policy in China which will greatly stimulate consumer demand for toys and children’s products and replicates the unique in-store experience of Hamleys. Meanwhile, the group also cooperates with large domestic department stores and shopping malls and opens Hamleys-themed shopping malls in other populous cities in China, by utilising Hamleys as the springboard to pursue international expansion under the global branding strategy to forge C.banner as a world-renowned brand.

“Despite the uncertainties overshadowing the global economy, there are signs of encouragement on the horizon. This is especially so for China as the country continues to pursue consumption-driven economy which would significantly contribute to the growth momentum of the retail industry,” Chen added.

In addition, the ongoing urbanization, the rise of China’s middle classes, rising disposable income and other national policies such as ‘Supply-side Structural Reform’ and two-child policy will all give considerable boost to the retail industry.

However, the market competition is becoming more and more intense and it is essential for industry players to take proactive actions to grasp opportunities arising from the changing business landscape.

In a nutshell, the path to global success is full of adversities and difficulties, especially within the current weak economic environment, however, the Group is determined to transform from a leading local player to a renowned international integrated retailer in order to deliver fruitful rewards to our shareholders, Chen concluded. – BusinessNewsAsia.com