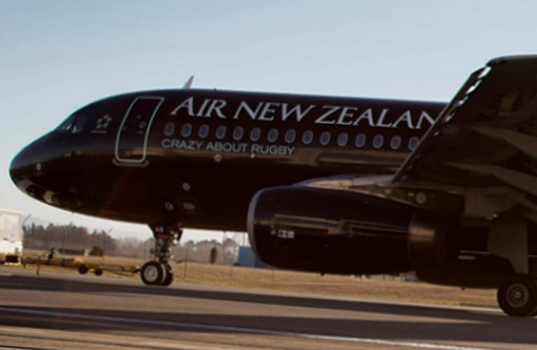 New Zealand’s flag carrier, Air New Zealand, has announced the appointment of Jeff McDowall as its new Chief Financial Officer, taking over from Rob McDonald, who will be leaving the company at the end of the year.

Chief Executive Officer Christopher Luxon says McDonald signalled his intention to take up nonExecutive appointments from 2018 almost two years ago, which allowed the airline to put in place a robust succession planning process.

“The Board and I are thrilled that we have been able to promote a world class internal candidate into the key Executive position of Chief Financial Officer after a process, which included a global search. Jeff has held a variety of senior finance and commercial roles with global exposure since joining Air New Zealand in 2000,” Luxon said.

“Rob has been instrumental in helping shape Air New Zealand into the airline it is today. He is rightly regarded as one of the most astute Chief Financial Officers in aviation and our shareholders, customers and staff have benefited immensely from his experience and leadership skills,” Carter says.

Luxon noted that Mr McDonald has played an integral role in helping to expand Air New Zealand’s network and was one of the architects behind its successful fleet simplification strategy that has delivered an enhanced on-board experience, lower operating costs and a reduction in carbon emissions per passenger.

McDonald says he is proud of Air New Zealand’s ability to nurture world class talent to lead the company into the future. – BusinessNewsAsia.com