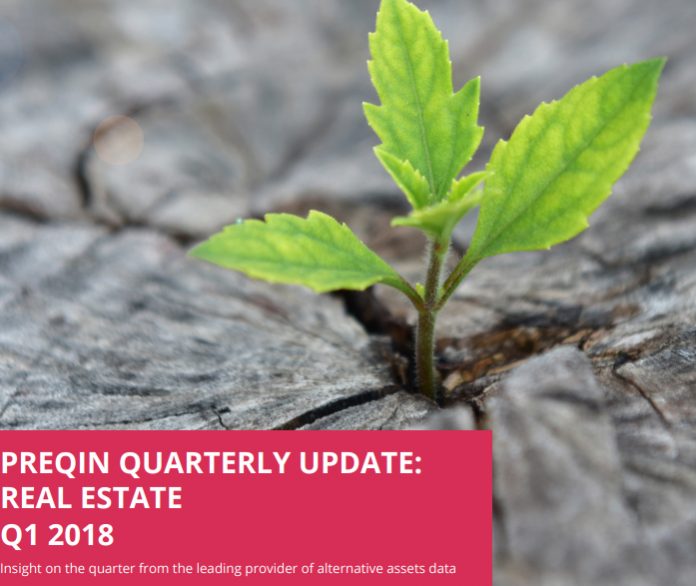 Private equity real estate (PERE) deals reached a five-year high in the first quarter of this year, marked by 1,403 deals worth an aggregate $67 billion, according to the latest report released by Preqin.

While the amount declined from the fourth quarter of 2017, the first quarter figure represents a five-year high for deal activity in an opening quarter, both in terms of the number of deals and their aggregate value.

Encouragingly, the PERE deal market is also seeing signs of diversification: office assets remained the most sought-after property, but represented just 29 per cent of total deal value in the quarter, down from 40 per cent in the corresponding quarter a year prior.

Firms also seem to be turning increasingly to portfolio transactions – although these deals represented just 15 per cent of the number of transactions in Q1 2018, unchanged from the year before, their share of total deal value increased five percentage points to 35 per cent.

The largest single-asset transaction was the $1.5-billion acquisition of 701 Seventh Avenue by Fortress Investment Group and Maefield Development.

The largest portfolio private equity real estate deal was the acquisition of Canyon Industrial Portfolio by Blackstone Group for $1.8 billion.

“This shows the PERE deal market is going from strength to strength, as this comes on the heels of a record year in 2017. If this pace continues, we could see 2018 surpass its predecessor as the biggest year ever for PERE transactions,” said Oliver Senchal, Head of Real Estate Products at Preqin.